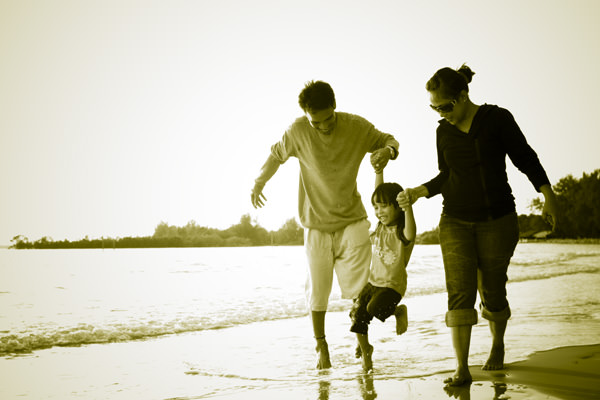 Insurance is one of those funny things that most people hate buying, try to never use, but are gloriously thankful for if the right situation comes along. There are some insurances that I believe we can do without, but I think there are 3 insurances most everyone should have; health, life, and disability.

There are Still Tons of People without Health Insurance

Despite over 11 million new signups for health insurance through Obamacare, there are still plenty of people who don’t have health insurance. The penalty for not having insurance is not enough of a deterrent for many people, and the list of reasons you can forgo the penalty due to a hardship exemption is broad enough to cover just about anyone who doesn’t want to purchase. For those of us who don’t qualify for a subsidy or for those who don’t want one, seeing premiums double or triple every year makes it tempting to go without, especially for the young and healthy.

I had a patient just this week who was upset that her insurance didn’t cover eye care, despite a $700 a month premium. She said she was thinking about droping insurance and saving that money to self insure. It is unlikely that a healthy person would spend $8,400 a year on medical bills. I do see her point, but how much of a gambler do you want to be?

Cliché but it Could Happen to You

This article jumped out at me because it was about eyes, but basically, the lady in the story was a young mom and athlete who entered one of those mud races that are popular at the moment. She literally got mud in her eye that contained a flesh eating bacteria. Vision was eventually lost but not before she racked up $100,000 in medical bills.

I’m also following the journey of a former employee’s husband right now. They quit work a few years ago to travel North America in their SUV. I thought it was pretty cool at the time, even though they lived on a shoe string budget with no plans for insurance or savings. It was cool until he contracted a rare disease called neurosarcoidosis, which has left him disabled and in a wheelchair. Both my friend and the lady who lost an eye are trying to raise money on GoFundMe to pay medical bills and take care of upcoming needs.

There are just too many stories like this for people to go without at least a major medical plan. I hate paying monthly premiums so that I’ll still have to meet a $10,000 deductible if I am sick or injured, but you cannot self insure unless you have millions. Do without something else before you drop health insurance. You don’t want the next chapter of your life dependent on how much money you can raise via GoFundMe.

One in four twenty year-olds will have some sort of disabling incident before they reach retirement age.  Yes, you can receive disability benefits from the federal government, but it can be an arduous process and sometimes pays very little. It also would not cover someone who can’t do their job but can do other work. I might lose an eye that ends my optometry career, but I could still be a teacher or cashier at the supermarket. Is this what I want to do if I have a career ending injury?

If you don’t want to be forced into another job after a disability or stuck waiting for the government to determine your eligibility, then  please purchase disability insurance that is occupation specific. It’s cheap. I pay only around $200 a year through the American Optometric Association. It’s well worth it for peace of mind.

If you are already financially independent, then disability might not matter, but for those of us who are still on the path, I think it’s a must.

I know I’m getting old after one of my life insurance policies came to term last month. I purchased a policy to cover the balance owed on my optometry practice and commercial building over a decade ago. If I’d kicked the bucket, Jim would have had to figure out how to keep it running long enough to sell, a tough situation for someone who has never worked in health care.

Since then, we’ve had a child, bought and sold properties, and both added other policies on ourselves. I probably would have been fine to leave this one expired but decided to renew it, making me worth a cool million dead. That sounds like a lot, but we still owe mortgages on our house and rentals. If Jim or I died tomorrow, our life insurance would pay those off and give whoever was left enough money to pay for our daughter’s college education, hire help if needed, or just take a year or two off to figure out the next step. It would suck for my family to be motherless, but it would be a million times worse if they were broke and stuck with bills.

If anyone depends on your income, you need life insurance. Even if you are single, it might not be a bad idea to have some small amount of life insurance if you don’t have savings. I’d hate to stick my family with funeral costs. I guess they could put me in a pine box, but I don’t think they would.

I have all three of these insurances plus several others that help me sleep better at night. I hope I never have to use any of them because needing them means really bad news. Being well insured, my family and I will only need to worry about taking care of our health and well being instead of wondering how bills will get paid if the unthinkable ever does happen.

What insurances do you think are necessities? Are you a gambler in regards to health insurance?