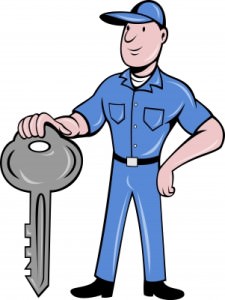 Last Friday I wrote about how we’ve certainly had some blips on our driving record, but today I thought I’d share my most embarrassing car story ever. I’m not sure how it relates to personal finance, but there has to be some lesson on being prepared and not stretching yourself too thin. Anyway, think what you like, but I hope you enjoy the story.

Watch Out for Grandpa!

I believe it was the summer after my first year of optometry school. I decided to stay in Memphis because there were more job opportunites for the summer, and well, it was lots more fun than rural Kentucky. My Grandpa had backed over my car in the driveway while I was home for a visit, so it was being repaired. I was driving my sister’s car for a few weeks because she was living at home and didn’t really need it.

I had a low wage job in the Walmart Vision Center. Life seemed much cheaper back then, but I guess I used student loan money to fund my lifestyle. I generally worked the noon to 9PM shift. I would usually sleep in a bit and go to the gym before work. One morning, I noticed the gas gage was close to E. In my car, you could drive around for a while when the tank was on empty, so I assumed I was OK. All cars are alike, right?

A Funnel, Who Knew?

Wrong! I ran out of gas about a mile from my house. I didn’t have a cell phone back then, so I jogged the mile back home. My roommates weren’t there, but my neighbor was leaving for work. I grabbed the lawn mower gas can, and she took me back to the car.

As a note to anyone who ever runs out of gas on the side of the road, you need a funnel to get the gas from a can into your tank. We realized that a bit late, but my neighbor was nice enough to go back and get a funnel from her garage. She dropped me off once again but had to get to work. I thanked her and put the half gallon or so of gas into the car.

Now, Memphis is a great city, but like any metropolitan area, it has good and bad neighborhoods. There was an imaginary line at a street called Walnut Grove that marked crossing from the ‘hood into the nice section. The house I rented with two other roommates was about a block from the nice section, so technically still in the ‘hood. However, our street was not bad. Aside from the one neighbor who used to get drunk and play with chainsaws in the back yard, it was a wonderful place to live.

A few blocks down down the road, it was very sketchy. Of course, this was where the nearest gas station was located. We called it the forbidden Citgo and didn’t stop there unless it was an emergency. I would have never stopped there after dark. Thankfully, it was broad daylight, and I needed to get some gas before I ran out again. I stood up tall and tried to look intimidating.

I alarmingly realized that I did not have my purse with me. I scraped up a little over a dollar in change from the console and got a gallon of gas. (It was much cheaper back then!) I thought that would hold me over, and I’d stop somewhere safer on the way to work.

After paying for my gallon of gas with loose change (the clerk just loved me, and I’m not intimidating at all), I realized that in my haste to get away from the Citgo, I had locked the keys in the car. Stranded at the forbidden Citgo with no phone, no money, and a clerk who was ready to throw darts at my head. Maybe the gangbangers could just shoot me!

Hangin’ in the ‘Hood on My Hood

I mustered all the resolve I had to go back in and ask the clerk for a phone book and a local call. You would have thought I was robbing the store, but I guess he didn’t want me there all day. He let me make a call. I was going with the first locksmith in the book. It was called Bubba’s Locksmith. I’m not making that up.

Now all I had to do was wait for Bubba. For an hour, I sat on the hood of my car, in my sweaty clothes, at the Forbidden Citgo, trying not to make eye contact with any of the sketchy looking people. Although in hindsight, I guess I looked as sketchy as anyone. If only I’d had enough money for a quart daddy of malt liquor!

Finally, Bubba showed up. I’m not sure what comes to mind when you think of the name Bubba, but the guy who got out of the locksmith van could have had his picture by Bubba in my dictionary. He was about 6’5” and looked like he could have been a linebacker in the NFL.

Now, I had to convince Bubba to unlock my car, knowing that I had no money to pay him. He agreed to follow me home where I’d write him a check. I was really hoping that I wasn’t inviting Bubba in to rob my house or kill me, but at that point, it would have been par for the course. He actually was very nice, and I owe him a kindness for helping me out. Bubba, wherever you are, I hope you’re having a nice day.

Needless to say, I ended up being late for work and had to tell that story to my boss. It was too crazy to be made up, and he ended up laughing. If I’d gotten fired, that would have been the cherry on top.

Since that day, I’ve rarely let my gas gage get below a quarter tank. I always look at people named Bubba with fond nostalgia, and I make sure all my neighbors have a funnel!