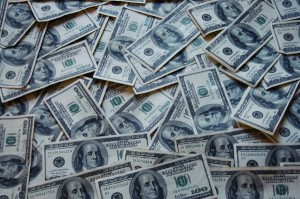 I know that I’ve talked about having a million dollars and wondered if that made someone rich or not. I’m not sure it does in every case, but becoming a millionaire is still something most of us dream of, especially if it were to happen instantly. We’ve all heard stories of people winning the lottery, striking oil, or having a rich uncle who left them a fortune. Heck, how many TV shows have been made about that very topic? Well, I had the unique opportunity to meet an overnight millionaire recently, and one of my big questions was if and how her life had changed. It was really interesting  to hear what she had to say.

One of the best things about my job is the vast assortment of people who walk in the door. Just when I think I’ve seen it all, I get surprised again. Last week, I saw a patient who has been one of my regulars for many years. She is one of the sweetest ladies you’ll ever meet but has a whole host of health problems, mostly due to heavy smoking. She is only 66, but easily looks and moves like someone a decade older. This lady has worked hard her whole life but has always been a paycheck to paycheck person and never had much money. I suspect she would have lived her remaining years relying on a social security check to pay the bills.

This visit, she kept talking about a vacation she would be taking at the end of the month. It was her first vacation ever, and she was going to spend a week in Hawaii, followed by a week in Tahiti. She was going with some of her grandkids and her three sisters that she hadn’t seen in 40 years. I was quite impressed. That’s a killer trip for anyone, let alone an elderly lady without much money. I really try not to judge how other people spend money, so I was very happy that she was getting to take this trip of a lifetime. I didn’t ask, but eventually she mentioned that she’d won some money.

Because she mentioned it, I asked how she had won. I was shocked to learn that she had won one of those sweepstakes you can enter when buying magazines, kind of like the old Ed McMahon contests. I then asked her how much money. As deadpan as a judge getting ready to hand down a sentence, she looked at me and said, “A million dollars.”

I seriously thought she was joking, but it was true. This lady won a million dollars! She thought it was a scam until a cashier’s check arrived. She elected to take the lump sum payment, which was just under $600,000. Not quite a million after taxes, but holy goodness!

Did a Million Dollars Change Her Lifestyle?

After hearing that, I just kind of stopped examining her eyes and started asking questions. I can’t believe this wasn’t in the paper. Nothing like that ever happens in our hometown. She told me she was on YooHoo and everything and had to make a video about her winnings. How was she going to spend her bounty?

First off, she paid what debts she had.

She said that the two things on her bucket list were to go to Hawaii and another foreign tropical island, hence the upcoming trip.

The other thing she wanted was a washing machine, so she bought a USED washer and dryer.

She told me that having that amount of money in her bank account was unimaginable and it might  just as well be 10 million dollars because she would never spend that much money before she dies.

She said it was really hard to get used to having some money. She still he still puts items back on the shelf at Walmart, then tells herself it’s OK to buy them.

The thing she sounded most happy about was that she just bought two bottles of vitamins for her macular degeneration. She was never able to afford more than one at at time previously.

I asked if she had relatives showing up out of the woodwork. She said only her close family knew about her winnings, and she had given them a little of the money. They were all grateful. She told me her family had always been poor and knew how to live poor. They had no plans to go nuts now with a little money. However, she said it was amazing to not have any bills for the first time in her life.

Then, she went out and bought new eyeglass lenses but kept her old frames because they were still in good shape.

Lessons From An Overnight Millionaire

Counting on a sudden windfall is not a great way to plan for retirement. However, I do think coming into some money happens to a fair number of people, maybe through inheritance or insurance settlements. I think it’s easy to blow it all quickly, especially if you’ve always been poor.

If this lady had gone out and bought a new house and a new luxury car plus a bunch of crap for her family, she’d already be broke again. Instead, she hasn’t inflated her lifestyle. She’ s going to splurge a little and then use the rest of the money to be more comfortable and worry less. They probably won’t be making a reality show about her life, but I think this lady is someone we could all learn from.

Have you ever known anyone who came into a large amount of money? Did it change their lifestyle? What would you do if you suddenly found yourself $600,000 richer?