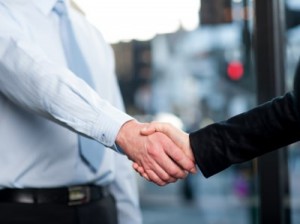 Selfishness Is A Virtue

So, a wealthy businessman may create jobs for others, but only because he has enriched himself first. It’s true that he may make more than all of his employees combined, but those employees would not otherwise have a job without him.

Some people believe that rich people are exploitative because of this. Really, it’s a meritorious system. Unless the businessperson is using the heavy hand of government (i.e. rent-seeking) to make money, he’s achieving his wealth honestly. He is helping others as a side-effect of helping himself – putting himself first above all others. This is a 180 flip from how most people think, but it’s absolutely necessary to adopt this mentality in order to be rich.

Rich people tend not to do a lot of talking – at least not until they have a lot of money. Even then, they may not be talkers as much as they are doers. Being a doer is what makes you wealthy. Taking action is what you must do – use online financial calculators to plan your retirement or a business planner to plan a business out. That kind of thing. Instead of buying a lotto ticket, spend time planning out how you will be successful and then implement that plan.

Average people often believe that a college degree will make you successful and offer you a stable life. The reality is that entrepreneurs are risk-takers. They eschew “safety” – at least in the early years – for adventure. This is how businesses are created.

Once some measure of wealth has been accumulated, it’s true that business owners become more and more risk-averse. But, that initial jumpstart is always risky. Rich people also favour specific, niche, knowledge over a broad-based, formal, education.

Rich people do not get emotional about money. They plan. They think about what is necessary to achieve a goal, and then they pursue that goal. Rich people believe money represents options or opportunities. Average people believe that money must be endlessly accumulated and hoarded.

Rich People Live Below Their Means

Rich people live below their means, without sacrificing their values. How do they do this? By prioritising those values and focusing on activities that truly matter in life. Does this mean that they never take vacations or enjoy themselves? Not at all. But, the primary motivation in life isn’t to make it to the weekend or take holidays.

Rich people view money as a tool to achieve happiness, and they divide up their resources so that holidays are sprinkled throughout a productive career. They are more focused on living a life of purpose – productive work. Rest and relaxation is used as a way to emotionally “refuel” instead of being an escape from drudgery of reality.

Rich People Surround Themselves With Other Successful People

You’ve probably heard the phrase “birds of a feather, flock together,” right? It’s true. Rich people tend to hang out with other rich people. Why? Some of it is social status, but a lot of it is because successful people are drawn to others like them. Think about this for a moment. Who are your best friends? They’re people who are most like you.

Gabriella Leitch is a retired financial planner and grandmother of seven. When she’s not watching the grandkids, she’s writing about all things finance. Look for her informative posts on various financial and investing websites today.