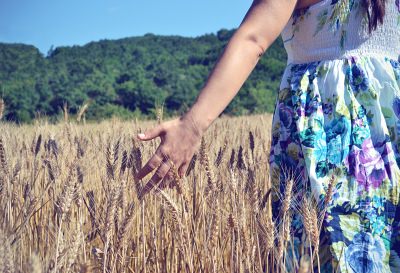 I have recently been following the story of one rural family and the challenges they’ve been facing while trying to live off the grid. The Nauglers are raising their ten children in rural Kentucky (without welfare or entitlements) in a makeshift tent with no running water or electricity. On their blog, they claim to want a more simple life and practice “unschooling,” prefering to let the children learn from hands on experiences rather than going the traditional school route.

Obviously the state of Kentucky does not agree with the Nauglers because their minor children were taken into protective custody earlier this month due to unsafe living conditions. Is the family truly neglectful or are they being bullied for wanting an alternative lifestyle?

Always More to the Story

I don’t support or criticize the Nauglers. Is sounds like there are some legitimate concerns about the children’s safety, but they weren’t taken into custody because of neglect or abuse. The parents refused to cooperate, and the kids were removed until the anonymous complaint can be investigated. If nothing is amiss, the kids will be returned. The family can go on with their throwback lifestyle and all of this will become a bad memory.

In my opinion, the bigger problem is that the government and society can very easily turn someone’s own utopia into a nightmare. Twenty years ago, this issue would have been resolved with local media coverage and maybe an opinion piece or two in the town newspaper. With the internet and social media, this family’s story has gone viral. Now the Today show is knocking on their door (well, it looks like they have only a tarp, but still!)

I guess the good or bad news is that the family has raised $40,000 from Go Fund Me, so at least they should be able to make improvements to their property that satisfy the authorities.

Why is it so Strange to Live an Alternative Lifestyle?

I don’t mean Bruce Jenner here, but merely how the world considers you an oddity if you don’t play by the rules. I have no desire to live off the grid or leave civilization in any way, but I still get people who can’t understand why I don’t want to work in an office all the time. After all, I made good money and technically had weekends off. What more could I ask for?

It doesn’t look like it’s going to happen any time soon, but we’ve considered checking out for a year and taking our daughter on an extended trip across the US. We’d have to live in a travel trailer, and she wouldn’t be enrolled in school. Would I have to worry about someone reporting us to the authorities? Probably not, but I bet we’d get some strange looks and questions.

It’s Hard To Be Different

The bottom line is that it’s hard to be different. I think that’s why so many people start blogs. If we don’t think like typical society folks, then it’s hard to find like minded people to support our crazy dreams. If I did decide to sell my house and live on the road, you can bet I wouldn’t go discuss it with my next door neighbor or even most of my family. After the initial shock, they would try to talk me out of it instead of offering a real discussion about pros and cons. Sometimes, it’s easy to feel like you live on your own little island.

I used to scoff at people who seemed to live outside the norm, thinking those who had no debt or didn’t work a traditional job probably had family money or weren’t really happy because they didn’t have the things I did. I think my hasty judgments were to compensate for not really knowing how I wanted to live my life.

I don’t know enough about the Naugler family to know if they are good parents or not. Time will tell, but I can say that at least they seem to know how they want to live. If they end up pimping their kids out for a reality show, I’ll eat my words, but if the state does find them to be fit parents, more power to them for living their dream.

Have you been bullied for wanting an alternative lifestyle? Should people be able to raise ten kids in a tent?