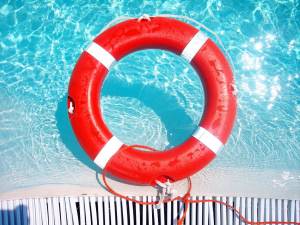 Most of us have probably had several jobs before age thirty. Sometimes you have to go through a few crappy jobs to make you appreciate that good one when it comes along. I thought it would be fun to revisit my younger days and look at some of the jobs I had prior to my current career. I actually learned something from each one.

This was my first effort at earning money that didn’t come from my parents. A mother of a friend of mine worked at at a school that had a snow cone machine. She let us use it one summer to sit in front of the Piggly Wiggly and sell snow cones. It was not very fun, and we only did it once or twice a week for a few hours, but we could bring in $20/day or more after paying for ice and syrup. When you can’t drive and have no bills, $40/week goes a long way.

What I learned: Income-expenses (ice and syrup) = profit

This was my first official W-2 job when I turned 16. In my hometown, there were 4 garment factories that made a variety of clothing. This was before everything was made in China. The one I worked for made Gap blue jeans. My job was to print those little labels that say “machine wash warm/tumble dry” with the correct size. You’d set up the machine and watch it print a thousand or more labels. Sometimes I hoped for a malfunction to break the monotony. It was minimum wage and around 10-15 hours a week. My lifestyle had inflated because I could drive now, but this was still way more money than I needed.

What I learned: I definitely wanted to go to college to provide a bit more variety in whatever career I chose.

After my junior year of high school, I took the class to become lifeguard certified. What a great job for a teenager! It was 40 hours a week in the summer, and I had to deal with bratty kids all day. I enjoyed it tremendously and had a great tan. My almost 40 year old self is not very happy with that, but my 17 year old self loved it. Again minimum wage, but I felt really rich.

What I learned: Working parents look for the cheapest baby sitter sometimes. You could drop your kid off at 10 AM,  and for $1, they could swim unitl 5PM. Often, I had to wait with some forlorn child whose Mom didn’t show up until almost 6PM. I never want my daughter to be that kid.

This was a college job. The store where I worked had a deli with fried chicken and other fried, unhealthy foods like most convenience stores in the south. I did a bit of everything from using a meat slicer, cleaning the soft serve yogurt machine, cashier, washing dishes, making pizza, and using a deep fryer. I’m sure it was also minimum wage and the night hours sucked.

What I Learned: Aside from how to take apart a meat slicer, I learned that I hate hair nets!
I also picked up a great slogan from one of the owners, “If you have time to lean, you have time to clean.”

I did this one summer when I was in college. If you had a certain number of credits, you could teach summer school. Summer school is for the ones who didn’t pass. They REALLY enjoy summer school. (note sarcasm) I believe it paid $10/hour, which seemed like a lot at the time, but holy cow, this was the hardest job I’ve ever had.

What I learned: I could never be a teacher, and please parents, make sure your kid has on undies before they leave the house.

I worked part time at a Wal Mart vision center for a couple of years during optometry school. Since I already knew a bit about optical labs, they hired me on the spot. I sold cheap glasses and worked as a receptionist for the doctor. I was a victim of my first and only armed robbery while there. During my residency, I worked at another Wal Mart as a fill in doctor on the weekends. As a student, I think I made around $8/hour, and as a doctor, I sometimes made $800 a day.

What I learned: Unless there was no other option, I could not work for Wal Mart. I take pride in my skills, but all Wal Mart wants is volume. Patients expect fast and cheap. Heaven forbid I have to check you for glaucoma. Also, guns trump any sense of loyalty.

I have worked as a private practice optometrist for the same business for almost 13 years now. It has it’s ups and downs, but certainly is not a crappy job. I purchased the practice in 2002 and hope to sell it within the next few months. Wow, what haven’t I learned at this job? Aside from always striving to deliver the best eye care, I’ve picked up a few other gems.

I’ve also met some amazing people because I have the time to ask a few questions. Most of the people I see aren’t using cheap and fast as their main motivation for coming in. Obviously, there are providers who thrive in all kinds of settings, but this has been a great fit for me.

There were a few others that I won’t throw in, like my brief stint as a french fry expert at Dairy Queen. With a poor economy, any job can be a blessing. Even if you hate it, you can use that as a platform to find what you want to do eventually. I can honestly say that I have taken some excellent life lessons away from every crappy job I’ve ever held, and you can’t beat free snow cones!

What did you learn from a crappy job? Ever been robbed at gunpoint?

If you can’t get enough, head over to Monster Piggy Bank to check out my guest post today.