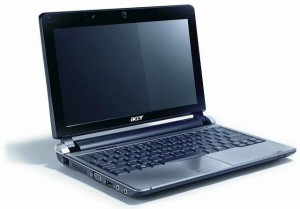 It was March 2012. We were just under the half way point in paying off our $30,000 of credit card debt. While we were feeling pretty good about our progress, we still needed to be careful about every purchase. Each penny spent was a penny that wasn’t going toward getting us out of debt. I don’t remember the exact date, but I made a decision that day to spend some money, and it turned out to be the best $20 I ever spent.

What Did You Buy?

You probably expect me to say that I bought some self help book or magic vitamin that melted off all my cholesterol. Nope, I bought a raffle ticket. Generally, I think buying raffle or lottery tickets is the same as taking money to the toilet and flushing, but hear me out.

At the time, I was president of our area humane society. The local  homebuilder’s association had chosen us as the recipient of their fundraising drive at the annual home and garden show that year. They always have a raffle. It costs $20 for a pack of 5 tickets. First place was a huge flat screen TV. Just the thing every person on spending lockdown craves!

I didn’t really expect to win anything, but after two days in a booth at the show, I kind of felt like the association people were family. I decided my purchase was going to a good cause, and I bought a pack of tickets for $20.

Why Are You Calling My Name Over the Speakers?

At one point toward the end of the show, I was milling about and heard my name being called over the loudspeaker. I assumed it was a pet related issue at our booth. The main platform of our humane society is spay/neuter promotion, and beneath our logo, it says “Support Planned Pethood. “

Apparently, lots of people from our very conservative town can’t read because there were several attendees who were very angry that we were promoting Planned Parenthood. After I explained that we had nothing to do with human reproduction, we usually had a good chuckle, and it sometimes led to a donation. That’s what I thought was going on when I heard my name called.

Instead, I was pleasantly surprised to hear that I’d won the raffle!

How Am I Going to Get My New TV Home?

I was considering how to fit my new, giant TV in the car when I found out that I had actually won 2nd place, not the grand prize. After a brief second of disappointment, I was given my prize, which was a brand new laptop! It was a bargain basement, off brand laptop that retails for under $300, but that was still a pretty good return on my $20 investment.

My New Laptop and a World of Possibilities

At the time we had a decent laptop, but Jim always  needed to use it for work, and he was just starting an online master’s program. That left me about 5 minutes a day to use the internet. We weren’t about to buy a new computer until we were out of debt.

Now I had this new found bounty. What’s a motivated girl to do? Since I couldn’t very well start online shopping, I began devouring personal finance blogs. The more I read, the more I was in awe of people who were doing amazing things as far as paying off debt, using money wisely, and building wealth. Holy crap, there actually were people who retired early!

Up until that point, I felt very isolated from the real world because most of the real world lives in the cycle of monthly payments and debt. Finally, I found my people! After lurking for a couple of months, I started commenting on a few blogs. Then, I took the leap in July 2012 and bought the domain and hosting for Eyes on the Dollar, even though I knew next to nothing about online enterprises.

Without my $20 laptop, I would have never had any idea I could earn a five figure amount of money from online side hustles in just under 2 years.

If I hadn’t won that laptop, I’m sure our debt repayment would have been much slower or we might still be in debt. I would probably still not be maxing out my retirement account or my HSA. I am very sure my family would not be taking an almost free trip to Hawaii thanks to credit card churning. I am 100% sure I would never have thought it possible to reach financial independence before age 50, but that’s now a very real probability.

I am usually not a believer in fate or luck. I think most people make their own luck from how they view the world and what it throws at them. I don’t think everyone should go out a buy a raffle ticket in the hopes that it will change their lives. But I do think if you are given a gift, a stroke of fortune, something you can take as a sign, you should run with it and max it out for all it’s worth. That raffle ticket was the best $20 I ever spent.

Do you normally buy raffle tickets? Have you ever won a drawing?

Table of Contents
What Did You Buy?
Why Are You Calling My Name Over the Speakers?
How Am I Going to Get My New TV Home?
My New Laptop and a World of Possibilities
The Best $20 I Ever Spent