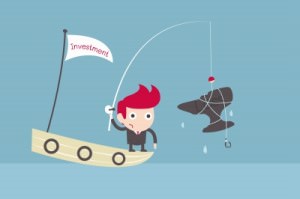 Every time I go back to visit my family in the South, it seem that I learn something new. Once I learned from an uncle that you can collect insurance money if your cow is struck by lightning. Good or bad, I also learn more than I want about family members. Generally there are no secrets, and most stories make me chuckle, like the two cousins who got into a fist fight over their deceased mother’s couch at the funeral home. However, this past visit I found out something very disturbing about one of my favorite relatives. Instead of looking forward to her golden years, she found that her husband had taken all the money without her knowledge. Essentially, she was broke. No matter how long you’ve been married, it’s very important to know where your money is.

I am not elitist, but I can look at some of my relatives and realize their lifestyle is not quite like mine. It really has nothing to do with money, but attitudes. In my small rural town, most people get married young, have lots of kids, and work at a job they hate until they are too old to work anymore. They tend to be obsessed with appearance and looking good, even though many would rather cut off an arm than work out or go outdoors when there is a nice, air conditioned house to stay in. There is nothing wrong with that, but it wasn’t for me, and I left. Because few people in my home town ever leave , I am somewhat of an oddity. I’ve gotten used to it by now, but I realize my relatives will never quite understand me, and that’s OK.

I did have one cousin who didn’t quite fit the mold. She was my Dad’s first cousin. We’ll call her Scarlett. Scarlet and her husband (we’ll call him Rhett) never lived the small town stereotype. Rhett was president of the local bank, and they seemed very affluent when I was growing up. Affluent meant wearing a suit to work,  taking a two week vacation, and driving a Mercedes. They were one of the few couple I’d ever know who sometimes left the country for travel. Scarlett is one of the few relatives who has visited me in Colorado. Despite their adventures, they were the most kind people you could ever meet, and they related well to every type of personality. I thought the world of them.  Their kids were the same age as my sister and I, and we had some great times growing up. I can remember their having one of the first beta type VCRs in the 80’s. We’d watch Annie and Michael Jackson’s Thriller on tape over and over again.

Fast forward to a few years ago when Rhett became very sick with a cancer type illness. They really weren’t sure what he had, but it was treated with chemotherapy. After the treatment, he had dementia that rapidly progressed.

When he was mentally unable to take care of the family finances, the kids stepped up to help Scarlett with paying the bills. They realized very quickly that the money was gone, all of it. Basically Rhett and Scarlett had social security, a paid off house, and a ten year old Mercedes. How on earth could that happen?

As it turns out, they were able (through some barely legal hacking from Scarlett’s computer genius son-in-law) to trace their retirement accounts and savings. It seems that several years ago, Rhett blew huge sums of money in a few years time. Apparently, Rhett had many business trips during this  period. They tried to ask him about it, but either his illness caused him to forget or he used the illness as a reason not to tell. Anyway, they’ll never know for sure but the most likely culprits seem to be a ponzi type investment, gambling, or something even worse.

Scarlett never really worked outside the home other than for enjoyment. She was such a neat lady and loved people so much that she once took a job as a Wal Mart greeter for the social aspect of it! She thought Rhett was taking care of her. She also let him handle all the money and didn’t know what they had or where it was invested. Obviously, she had no clue it was all gone. Rhett had been floating them along with the illusion of wealth, when actually the people who were career employees at Wal Mart probably had more money.

If it had been me, I think I would have dumped Rhett out in the street, but Scarlett did not. She took care of him until he passed away a few weeks ago and never mentioned their situation to anyone outside of close family.

Scarlett is luckier than most. Her kids have done very well for themselves and ended up purchasing her house from her, with cash. They will let her live there as long as she wishes and the cash from the sale of the house will give her a cushion in addition to social security. I’m also sure they will take care of any need she might have that she can’t afford.  As is her way, she will never say anything other than kind words about Rhett, and she now has enough to live on and be happy. However, if her children weren’t so generous or if they weren’t in good financial shapes themselves, it could have been another story.

The  moral of this Southern tale, which could happen anywhere, is to be knowledgeable about your money and what is being done with it. Even if your spouse is not lying or scheming, you never know when some sort of accident or illness could end his or her ability to take care of things. Retirement should be a happy time without worrying about  paying the bills or depending on your kids to take care of you. It doesn’t take a rocket scientist to check an account balance and learn some passwords. Make sure you and your spouse both know where your money is and how to use it.

Do you know where all of your money is? Have you known people who thought they were rich, but turned out to be broke?