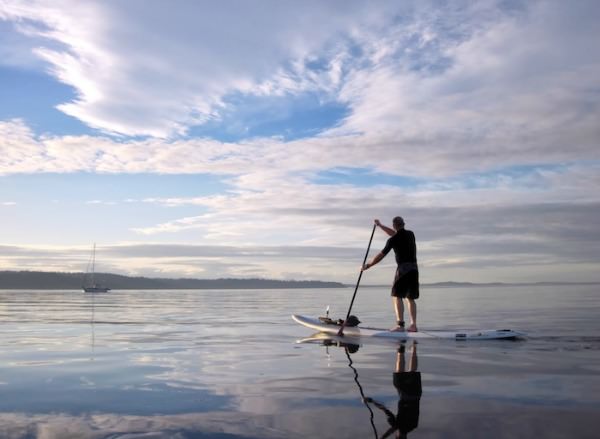 There are a few things modern society tends to participate in that I’ve never felt the motivation to do myself. I don’t drink coffee, rarely use any type of condiment, and have never waxed anything in my life. Up until two days ago, I’d never purchased a Powerball Lottery Ticket either. However, when the jackpot grew to a billion dollars, I had to jump in. There is basically no statistical chance of winning the lottery, but spending two dollars for chance at a billion is buying a dream.

We had so much fun at work on Monday talking about all the ridiculous things we’d do if we won a billion dollars. Everything from buying a private island to standing at the grocery store, handing a million dollars out to random people. As I was leaving for the day, I told them not to expect me back next week if I won but we’d all go for lunch… in Paris.

If Money Was No Object

More realistically, Jim and I talked about what we would actually do if money was no object. Assuming a miraculous win at Powerball, we’d take a lump sum and after taxes, pocket about a third of the jackpot. As of this writing, the prize was about $1.5 billion, so even a third would be more money than we could ever spend, but again, we’re buying a dream here.

First we’d contact and attorney or financial planner trained in this area so we could get tax advice and remain as anonymous as possible. Once we had our money set up in some sort of trust, we’d splurge a little on ourselves.

I’m sure we’d spend a bit more to furnish our house and buy a few things to transition to beach living. I’ve always wanted to try stand up paddle boarding!

How Does One Become a Philanthropist?

After that, we would seek out advice from big time philanthropists to see how to either set up our own charities or contribute to those that support causes we believe in; mainly education (including financial literacy), animal welfare, and vision and eye health.

We could surely do lots of good with that much money. Maybe not change the world good but at least create positive change for a number of people and animals. I also think it would be fun to set up a charter school like Andre Agassi did in Las Vegas, but it might be better to donate to an already established entity.

As for work, would we? Not in a traditional sense and not for pay. We would work for our charities, and I would probably go on two or three VOSH trips each year to do eye exams in third world places, kind of like Doctors Without Borders but for optometrists.

I don’t really keep up with extended family other than through Facebook so I feel no need to help out anyone who crawls out of the woodwork. I’d probably delete my account so no one could contact me.

Even Though a Lottery Ticket is Like Throwing Money Out the Window..

It’s really fun to think about all the things one lottery ticket could do, but it really is like throwing money away. After all, we are more likely to die of chronic constipation or be killed by a vending machine than win the lottery. I don’t see buying Powerball tickets becoming a recurring monthly expense, but it was surely fun to buy a dream this week.

What’s the first thing you’d do with a billion dollars? Did you buy a lottery ticket this week?