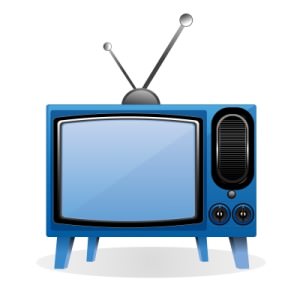 Last week, I made the phone call I’ve been planning for months. It was to Dish Network, and I asked them to cancel our satellite TV. When the agent asked if I was sure or if she could offer me a discount, I did briefly hesitate, but stood my ground. The programming went dark right away, and we are now sans paid TV. Am I sad? Nope, I’m free.

Despite a brief time during my residency, I have had some sort of cable or satellite TV for fourteen years. While it did serve it’s purpose, we are now at a point where we don’t watch that many programs other than to offer background noise while we are doing other things. There are a couple of network shows that I enjoy, but nothing I can’t live without. We also don’t want our daughter to hear some of the things that pop up on seemingly benign programming. When your three year old is running around the house saying “Dammit” after watching Pawn Stars or the now six year old is asking what a vaginal mesh transplant is, it gets a bit old.

We aren’t going completely TV free. We still enjoy watching  in the evening, and we had to shell out some money for a few things to compensate for our lack of paid programming.If you are considering cutting your cable cord, there are ways to get your TV fix.

We found an awesome deal on a TV at Sears of all places. I thought that store went bankrupt, but apparently not. They had a Panasonic floor model on sale that had originally been $1679 marked down to $679. It is HD, smart, has something like a million mega hertz, and has the most fabulous picture I could ever imagine. The sales person offered us an extra 5% off to sweeten the deal.

The fall back was that it had been in use for three months in the store and had a minor scratch on the screen that you have to put bifocals on to see. It did have a one year warranty, and the salesman was certainly pushing the extended version for an extra $200. One call to my Chase Sapphire Preferred card confirmed an extra year on any manufacturer’s warranty, so after politely declining the pricey version, we brought our new TV home.

By using a  Roku on the older TV and having the technology of the new smart TV, we can stream Netflix. So far, there are more shows and movies than we could ever watch. The best part is no commercials ever, so our daughter will never want the magic ice cream shaker as seen on TV or have to worry about an erection lasting more than four hours.

One big hangup in our talks to cut the satellite was about live sports There is no way to have ESPN without a subscription. We finally realized that paying $66 a month for the few sporting events we actually have time to sit and watch was not cost effective. We have decided to get an antenna for network TV. This way we can have the NFL on Fox and CBS and see most of March Madness. Since the antenna only costs around $100 EVER to buy and have installed, it seems like a great compromise. We will finally also be able to get Denver instead of Albuquerque news that is standard on satellite in our area. It might be nice to actually see what goes on in our state instead of the neighboring one.

It certainly took us long enough, but I’m very happy to have cut the satellite cord, hopefully forever. I will also enjoy the extra money in my bank account each month. I’d like to thank Jake at I Heart Budgets, Zimmy at Money and Potatoes,  and Holly and Greg at Club Thrifty for inspiring us to consider this. Without savvy PF bloggers, I don’t think we would have ever made the change.

Have you cut the cord? Why or why not?