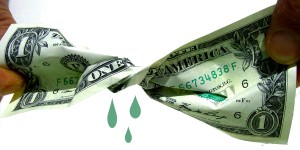 It is not unusual for a consumer to run into money issues. If a person attempts to get out of debt, he or she generally face many obstacles, not least themselves. Identifying the real reasons behind the failure can aid in reaching the goal of healthy financing, which is exactly what this post is all about.

When you cannot break out of accumulating debt, it may be due to the lack of a budget. A budget allows you to limit the amount of money that is available for spending on a weekly or monthly basis. The budget plan may be for an individual; if this is not the case, a family may create an overall budget to keep spending under control and make sure there’s enough in the kitty to cover essential bills. It is a very good idea to leave the budget plan in a prominent place at home as this may help you to resist the urge to spend money you don’t have.

You should be able to fight the urge to leave the home or go online in order to fulfil a personal desire. If you shop on a frequent basis, it could be due to a lack of discipline. You may feel that it is not possible to look at products without purchasing one. You may feel that the power necessary to fight the urge is simply not yours and that it will never be present. This commonly leads to people purchasing something regardless of their financial situation, even when they know that they are getting themselves into even more debt.

It is necessary for anyone with debt problems to have a positive influence in some form. This influence may come in the form of a responsible friend or neighbour who budgets their money and knows the power of restraint. However, positive influences may not be around during every hour of the day. And when you can shop 24/7 courtesy of the internet, you can’t rely on always having someone around to persuade you not to spend unnecessarily. Whoever you may be relying on for help will probably have their own troubles to deal with, and what’s to say they won’t be influenced by your poor monetary habits?

Yes, it is crucial to keep positive influences around in some form as this will allow a person to remain strong in difficult situations. But at the end of the day, you can’t rely on someone else to fix your problems.

If debt is still an issue, it could be because of the temptation to spend money. Some people find it nearly impossible to resist the urge to splurge, especially at certain times of the year like Christmas. There may be a sale at a store that is closing. You may simply want to reward yourself for accomplishing a goal. The temptation to spend is all around, everywhere you look. We’re all bombarded with advertisements each and every day. Being able to say no, even when you really want something and think you can justify it, is key to getting out of debt. So if you are susceptible to temptation, you might decide to apply for a low interest personal loan that you can’t actually afford.

Old habits can be particularly hard to break. Some people cannot stop smoking, no matter what they try; other people may have a habit for eating unhealthy foods. If you have a habit of spending money, it may take a long time to fix the issue. You may even be pretending that debt is not an urgent problem that needs to be addresses – that it can be dealt with some other day when. This is simply not true. Just because your debt has been around for so long that you know it by name, doesn’t mean it should be around for as long again!