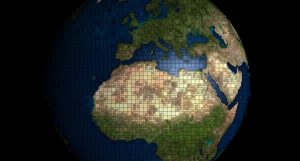 China is one of the world’s largest economies. In fact, when measured by the quantity of goods and services produced, it is now the biggest economy. In 2016 it is expected to account for nearly 18% of world economic activity, according to the International Monetary Fund.

When China’s economic growth slows down, or its currency is allowed to fall, it will have an effect on the foreign exchange market and other economies across the globe. This will, in turn, have an impact on forex traders, consumers, and businesses all over the world.

Since August of 2015, China has allowed its currency to depreciate. Unlike many of the country’s trade partners, they have a managed currency policy, which means they can control the yuan’s daily movements through intervention in the forex market.

For forex traders, China is critical when it comes to evaluating currency-trading opportunities. They must look at China’s economic data since any surprise will impact expectations surrounding the country’s exports and imports. It shows how important it is to be acutely aware of the markets when you work in this type of industry.

While devaluing your currency to cushion your economy may not be anything new, it is a dangerous move for the country. Since it is one of the world’s largest economies and the biggest exporter, any change the nation makes will have an impact on the global economy. A devalued currency makes China’s exports cheaper in international markets, giving the country a competitive advantage.

The decision to manipulate its currency to gain a competitive advantage has drawn criticism U.S. industries and politicians. Since goods denominated in other currencies, including the dollar, will be more expensive, it will have an impact on imports. Of course, this is likely one of the aims of the Chinese government, in an attempt to improve the country’s economy following the global financial crisis of 2008-9.

The Role of Economic Growth

Over the past decades, China has enjoyed impressive rates of economic growth, posting in the double digits. However, in 2014, it grew to its lowest level in 24 years at 7.4%. While this may seem high when compared to other countries, it is believed by some to be low if you consider that the land must guarantee sustenance and opportunities for its 1.37 billion people.

This is a problem not only for China, but also in other countries, people, and companies, which will also feel the effects of a slowing economy. Some countries rely heavily on trade for economic growth, and this includes trades with China. Chile, for example, has nearly 25% of its exports going to the economic powerhouse. Other countries affected include Japan, Brazil, and Indonesia.

What this means for the global economy is that economic growth is slowing in Latin America and smaller Asian economies are experiencing deep declines in their currencies. This is leading to people losing their jobs, so it has a direct impact on citizens across the globe.

Slowing growth rates also affect financial markets, with stocks and bonds feeling the shockwaves. For the U.S., this meant postponing the expected rise in interest rates due to take place in March. Ultimately, China’s growth rates have a direct impact on local growth rates.

With a devalued currency, China should be in a better position to export its goods. Not only that, but it will also help to deter imports since goods from outside the country will be seen as more expensive by Chinese consumers. This will contribute to improving the government’s efforts to change its growth model from one that is dependent on external demand and investment, into on that is underpinned by domestic consumption.

What China Does Next

While devaluing its currency is meant to help lessen the blow for its citizens, it does cause issues for the rest of the world. It amplifies global financial instability and can end up “stealing” growth from other countries.

By adding the renminbi to its basket of currencies, the International Monetary Fund’s has managed to help China internationalize its financial system further. This places the currency on par with the major global currencies, and thus enhances both the public and private sector’s acceptance of the country’s currency in the international monetary system.

This appears to demonstrate China’s willingness to take measures to help avoid substantial disruptions to the global economy, even if it is placing domestic obligations first. It is yet to be seen whether or not this will be enough to avoid concerning outcomes.