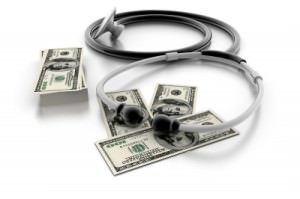 Unless you are fortunate enough to live on a secluded tropical island, you are probably aware of the new changes in health care in the US by way of the Affordable Care Act, commonly known as Obamacare.  I wanted to wait a few weeks after the grand launch to see how things would shake out before offering my opinions. I don’t know that I can say one way or another if this plan is what our country needs to get healthcare under control, but I do see some positives and negatives with Obamacare. We’ll start with the bad first so we can finish on a good note!

Cost– For most young  to middle age people who make more then 400% of the poverty level, your insurance premiums will go up because you won’t qualify for any subsidies. I fall into this category. For a family of three, the cutoff is about $78,000 per year. My current insurance policy has a $10,000 deductible and costs $190 a month for myself and our six year old. (Jim has a good plan at his job) We got a letter stating that our plan was “grandfathered in.” That means we don’t have to change plans or experience a large premium increase for 2014. I called to see if our plan could extend longer than 2014, and no one knew. What we have now meets Obamacare standards. Colorado passed a law several years ago that required all insurance plans to cover preventative care at no cost, plus add maternity and drug benefits subject to a deductible, so I’m hopeful our plan can continue. However, I’m also realistic. If the insurance company can cancel our cheap plan and make us enroll in a more expensive one, I’m sure they will.

Now, I guess you can argue that we should be able to afford $400-$500 a month in insurance costs if we had to pick a plan from the health care exchange. Honestly, you’re right. We can afford it, but that does mean taking away money from other areas of our budget or savings/investments. However, if this had been during credit card debt repayment years or if we lived somewhere really expensive, adding a few hundred dollars to insurance costs would be more of a hit.

Confusion-Anything the government does is confusing, and Obamacare is no exception. No one really understands how it works without doing some research, and most people never investigate political ideas before forming an opinion. We live in a pretty conservative area, and I have heard many outcries about how Obama is going to ruin us with this plan. In reality, lots of those crying  are under the subsidy threshold and will be helped by the plan. When that light switch goes on, I think there won’t be as much complaining.

Some Employees Will Get Hours Cut– I know that our city municipality can’t afford to offer health insurance to all of it’s employees. Many of their workers, like the lifeguards at the rec center or the desk clerks at the public library make minimum wage, and their positions don’t include insurance. In order to keep insurance out of the mix, I know the city has cut hours for many employees. That’s really sad to me because anyone making minimum wage is going to qualify for a subsidy or Medicaid anyway, so all you are taking away is wages. I think maybe employer requirements should be based on revenue, not necessarily number of employees. You can have a big employer who doesn’t bring in much money. If you require them to pay for insurance, they are going to have to cut other areas. No CEO is going to take a pay cut, so that means less salary or benefits to employees, probably the ones who are struggling most.

Medicaid Expansion– One huge red flag to me is the huge increase in the number of people who qualify for Medicaid. Medicaid is the government subsidized plan for the lowest income bracket. Generally, you don’t have to pay anything, other than a small copay when you are on Medicaid if you go to a Medicaid provider.

In the past, if you were a child or pregnant woman, it was pretty easy to qualify for Medicaid. If you didn’t fit that demographic, you had to be disabled or blind. If you wanted to sit on your duff all day as a healthy person and qualify for Medicaid, you were not able to. Now you can. It’s solely based on income. I think Medicaid is a great program for those who are in need, but I see lots of potential abuse with income based eligibility.

The other big problem is that Medicaid reimbursement to doctors and hospitals is well below market value. You might argue that market value is too high, and it certainly is in many instances, but providers can’t survive on what Medicaid pays. For example, our normal fee for a child’s vision exam is $100. Medicaid pays $22. As a result we can only see one Medicaid patient a day. From a business standpoint, you can’t cut your profit that much and stay in business. I see providers dropping or severely limiting Medicaid appointments. Everyone might  be covered, but if no one accepts your coverage, it does no good.

There also needs to be limits on how far you can use your Medicaid coverage. In my experience, I’ve seen many instances where people  go to the emergency room because it’s more convenient than making a doctor’s appointment and taking off work. I get that some people don’t have sick days, but charging the government to make health care fit your schedule, even at a reduced rate, is wrong.

Since we are over 900 words already, I’ll save the pros for another post. I really do think there are some good points to Obamacare, so don’t put my in the Debbie Downer camp just yet!

What cons do you see with Obamacare? Do you think Medicaid should be solely income based?