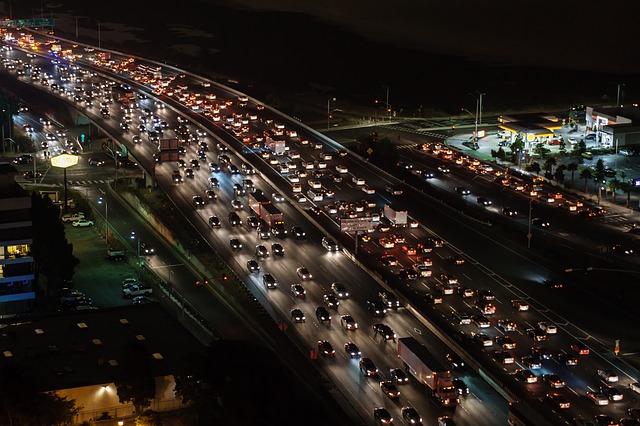 Most people that set out on a money saving expedition invest untold hours into coupon clipping and bargain shopping. While these can indeed save a few bucks, what if there was a simple way to save thousands of dollars every year simply by questioning and reorganizing an aspect of modern society that everybody now takes for granted, transportation?

Let’s begin with the average number of miles per person driven in the US every year, 14,000. How much money do each of those 14,000 miles cost you?

Hint: it’s a lot more than just the cost of gas.

Every year, the IRS calculates mileage reimbursement rates that, in theory, equate to the average cost of driving. Fuel comes to only around 30% of the total cost, dwarfed by the 45% in depreciation, and followed by 12% in insurance.

In 2016, with fuel astonishingly inexpensive, the estimated cost of driving 1 mile is $0.54, meaning the average driver shells out $7,560 (and hundreds of hours) every year for the privilege of sitting in a climate-controlled box while spewing out carbon byproducts and smog. In a two-driver household that figure rises closer to $15,120!

14,000 miles is a depressingly long distance to be stuck mindlessly sitting in a metal container on wheels when there are so many other fun and important matters to attend to. But it has become so normal that we rarely consider the impacts of commuting when designing our living situations.

It’s really as simple as living close to your place of work and other locations that you frequent. For example, say you currently live 20 miles from work and drive in each day. Not including time off, there are about 260 work days per year. That’s 10,400 miles per year, or $5,616 just to get to work. Add in a couple weekly errands and you’re up to maybe 13,000 miles, leaving the last 1,000 for a vacation and a few weekend trips.

Now, instead of chalking up commuting long distances as a necessary casualty piled onto life’s inconveniences, what happens when you intentionally create a home within the community you actually spend your time in?

Let’s say you move to within 5 miles of work. As shocking as it may seem, this distance is easily bike-able for most people! It’s also pretty simple to do most errands by bike when you’re within this radius, even grocery shopping. Of course bad weather will convince you to drive periodically, but overall let’s say you reduce your driving to 3,000 miles per year.

Right away, you’re saving $5,940 every year on commuting costs. But once the numbers shake out, a few other benefits become clear.

If you’re spending a whopping 250 miles per month in your vehicle, do you really need that 2016 Mazda CX-9 SUV? A brand-5-year-new Honda Fit or 10-year-new Mazda 3 sounds much better suited for the task. Instead of a $32,000-dollar mistake that depreciates the second you drive it off the lot, you’ll be the proud owner of a luxurious 150 horsepower machine for only $5,000 or so.

With excellent driving habits and upkeep, you’ll be able to faithfully add 3,000 miles on the engine for 20+ years before it retires its services. Or drive it for 10 years before you sell it on Craigslist for only a small markdown from what you purchased it at 30,000 miles previous, minimizing that 45% depreciation cost.

Now that you own a $5,000 vehicle, you no longer need the comprehensive insurance that you probably wouldn’t have used anyway* because worst case scenario, you’ll easily be able to replace the car. And with minimal driving, you can qualify for a low-mileage discount! I can insure my driving for $288 per year, while the average cost is anywhere from $924/year in Ohio to $2,556/year in Michigan.

But that’s not all. Let’s get back to that bike. You’ve gone from a life-depleting hour commute every day to biking 10 miles. That’s 3,650 miles of pedaling in your first year of your newly designed lifestyle. Biking at an average of 13 miles per hour, you’ll be spinning for 281 hours (much less time that you were stuck in your CX-9). A 150-pound person will shed an estimated 153,000 calories from that exercise, translating to 51 pounds of fat abolished! (Assuming, of course, you don’t increase your caloric intake.) So yes, you’ll start to feel better, but there’s more!

Health care costs due to obesity in the US are an estimated $190 billion annually and cardiovascular problems contribute to an additional $320 billion in costs and one out of every 3 deaths. Eliminate these issues and you’ve reduced total US health care costs by nearly a fifth. Oh, and there’s that neat side-effect that biking and fresh air are both phenomenal relievers of stress, something that can be traced back in some way to almost every health issue outside of a broken wrist (I’m sure there are even a few of those from punching a concrete wall in frustration.) Add it all up and you’re no longer visiting the doctor other than for an annual checkup that’s already covered by your high-deductible health insurance. Tack on another $5,500 or so in health care savings per year.

Now, in case that’s not enough for You, let’s move on to other everyday benefits. Not only will you be physically lighter but you’ll feel mentally lighter too. Almost without fail, every time I hop off my bike I feel more energetic and upbeat than I did before starting the ride. I feel more productive, my head is cleared, and I’m better equipped to happily continue checking off my to-do list. Plus, when I exercise, I naturally crave healthier foods, compounding the health benefits!

Saving the best for last, you’ll gain muscle and strength. You’ll have fewer aches and pains and all around be more active. It adds up to a sexier you! Picture how attractive you already are and then double it!!

Obviously, there are a number of hard-to-quantify benefits to this simple lifestyle change, but let’s go back to the definitive numbers briefly. Between car and health care savings, you’ll have an extra $12,000 in your pocket every year! That’s awesome, but the number doesn’t quite do reality justice.

Now what does that money mean if you leave your housing cost as is? One year is way too short of a time period to think about costs and savings. 10 years is a better timeframe. What if you took all that savings and invested it? Relatively conservative at a 7% interest rate, that $12,000 per year will come out to $173,000 after 10 years!

My guess is many of you will read this and automatically react negatively to my suggestion of relying on a bike over a car to get places. But that’s only because a vehicle dominated society is all we’ve ever known. A mere 100 years ago, the exact opposite would be true. And while moving or finding a closer job does take effort, so does filling up hundreds of hours with sitting in cars and clipping coupons for $0.25 off. It’s only a matter of which sounds more appealing.

What would you be able to do with an extra $173,000 and a level of fitness you’ve only ever dreamed of attaining?

*The insurance industry estimates the average person will file a claim every 17.9 years. You’re no longer an average driver because you’ll be on the road ¼ the miles (or less) than average, and you’re a defensive driver and more alert, meaning you’ll very likely never utilize insurance services. So why shell out for total vehicle coverage when you won’t use it?

The Early Retirement Engineer is an electrical engineer by trade but really just focused on making the world a happier, richer, and better place. For some unknown reason, he’s long been able to see past the consumeristic group-think that grips Western society and leads to over-taxing the world’s natural resources and leaves us all struggling under mountains of stress-inducing debt. His philosophy is focusing on maximizing happiness rather than buying a ton of stuff just because his neighbors do. The result is the ability to retire after an incredibly short forced career of under 10 years, and permanent extreme happiness! He shares his insights and methodology on how to retire by 30 on his blog at www.theearlyretirementengineer.com.