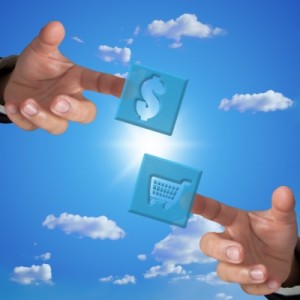 I mentioned last month that we were going on grocery spending lock down to reset our food budget and stop the upward creep that was happening. You can’t control the mortgage payment or health insurance costs, but you can take charge of what you eat. There are tons of ways to cut your grocery spending without too much effort.

How Much Did We Spend?

Our grocery spending has been around $500-$600 per month, mainly because I have not been paying attention. I got tricked into buying things we didn’t need because they were on sale, or I would buy something only to come home and see two of the same product sitting on the shelf. I know better.

This is even more exciting than it looks because we had to buy dog food once, and I stocked up on vitamins with a buy one get one free sale. If you subtract out those non grocery costs, we only spent $332.70!

How Did We Cut Over $150 From Our Grocery Spending?

Ate From our Pantry and Freezer

While I think it’s important to keep some non-perishable foods on hand in case of emergency, we did not need most of the stuff that was hanging out in our kitchen. There was a ton of leftover stuff in the freezer. It’s all gone now.

I also had a turkey from maybe last Thanksgiving or Easter? It was a good deal at the time, but it was time for the bird to go. For an entire week, we ate Thanksgiving dinner in October, turkey tacos, turkey on top of salad, turkey flatbread, and turkey burritos. They were delicious. I even made a turkey casserole with some frozen veggies and canned soup. It called for Ritz crackers as a topping, but we only had half a sleeve of partly stale saltines. Why not?

The casserole was not delicious, but we took one for the team. There is still a cup of turkey meat that I had to freeze since I worried that we might start spontaneous gobbing at any second.

I also made trail mix from a variety of half empty containers of stuff, and the kiddo and I baked cookies from scratch. (Brown sugar is not ruined when it’s as hard as a rock) Who says you can’t have snack foods on a budget?

All in all, it was a really good experience and we certainly added some new recipes to our repertoire.

Buy Only What You Need

Aside from the vitamins, I did not look at one single item that I didn’t immediately need. It is hard to pass up sales, and I have no problem with stocking up on things you’ll use, but we were downsizing, not adding this month.

I also do much better when I avoid the middle of the store. Most of what we bought this month was either produce or milk. All the  processed stuff is in the middle. Out of sight is out of mind. I did buy chips once for a camping trip, and I broke down and bought some Goldfish crackers and granola bars for school lunches and snacks, but only after we’d cleaned out most of what we had first.

Meat can be super expensive. I’ve noticed higher prices on just about everything in recent months. Even the cheapest package of bacon is around $6! The way around this is to either avoid it altogether or buy it on the cheap. The above mentioned turkey still had the price tag of $4.71. Five days of meals for three at under $5 is a great deal.

Also look for meals where meat is more like a side thought. If you have a family of five and serve everyone a steak or chicken breast, that really adds up. If you make tacos or soups, you’ll use about half as much meat and you can substitute cheaper ingredients like beans or veggies without sacrificing taste or nutritional content.

We will probably never be 100% efficient with eating, but we do eat just about every leftover that ends up in the fridge. Even if you don’t eat it right away, freeze it for later. By doing that, you can cook less, buy less, and eliminate food waste.

You Can Buy Fresh Produce On A Budget

I did a whole post about this, but as a reminder, you can eat healthy on a budget. You just can’t be picky about what produce you choose. Eat what’s on sale. Lately, our Kroger has had fresh pineapples for $.99 each and grapes for $.99 a pound. I had to take fruit to the my daughter’s Halloween party last week. Guess what I took? For $3, we fed fresh fruit to a class of 17. If I’d bought a pre-made fruit tray for the class, it would have probably been $20.

Maybe We Need a Milk Cow

My daughter goes through milk like water, and I only have one kid. I can’t imagine having a whole brood of them. We’d have to get a milk cow.

Probably besides produce, milk is the most expensive thing we buy. I almost always buy organic. Maybe that’s overkill, but that’s what we choose to do.  I also like almond milk for myself, and it isn’t cheap.

We are not brand loyal and buy whatever kind costs the least, but even with that strategy and with coupons, milk is still expensive. The way to afford organic and specialty milk is to cut out crap from other areas of the budget. By not buying soda and snacks all the time and making more food from ingredients instead of buying processed stuff, we feel OK about spending more for organic.

Nutrition is Most Important

While I’m all about saving money, I won’t sacrifice nutrition for cost. I strongly believe it’s possible to buy nutritious food in affordable ways,but we’ll probably never get our grocery spending much lower than it has been this month. I refuse to make our dinners into cheap, starchy meals. We could have much more rice, potatoes, and cheap pasta to save money, but I will probably always buy better cuts of meat, (on sale of course!), fresh produce, and go organic when it makes sense.