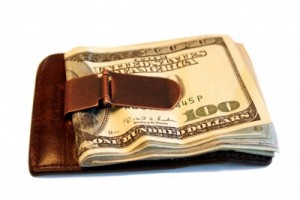 We all know that first impressions are very powerful. Obviously, we all want to look our best while giving off an aura of confidence, but what about literally looking like a million dollars ? Lots of people can’t tell a JC Penney suit from an Armani, but anyone can see what kind of car you drive or find out what you do for a living. I’m curious if sometimes things cost more when people assume you’re rich.

I’ve experienced this first hand during car shopping. When we bought our Altima several years ago, I remember the salesman trying to upgrade me to a Maxima because he said I could afford it. Because of my occupation, he assumed I had all kinds of money to burn. I wonder if he would have done the same to a social worker or teacher?

This time around, I almost told the car salesman I was a writer just so he would assume I am poor. I ended up being honest, but since we were paying in cash, he obviously knew we had some money. I don’t think it changed the prices we were given, but who knows?

I think the best thing to do is educate yourself about car values before you leave home. That way, you aren’t fooled into spending more because of a smooth talking salesperson.

We live in a nice neighborhood, and I know lots of people assume everyone living here is rich. In reality, I know one of our neighbors is drowning in debt and one house was foreclosed on a couple of years ago. On the surface, though, we look awesome. I’ve seen painters, electricians, and landscape workers quote more per hour in our neighborhood than in other areas around town.

You can’t change where you live, but do get multiple estimates on service work just in case someone is jacking up the price because they think you can afford it.

Are Doctors Guilty As Well?

I don’t think I’ve ever treated someone differently based on their ability to pay, but I am guilty of making judgments about what people can or can’t afford. I have no problem recommending daily disposable contact lenses to people who seem to be put together and have stable jobs, while I almost never recommend them to Medicaid patients. I assume that people on Medicaid don’t have disposable income, but maybe they qualify for Medicaid because they live off dividend income and don’t have a regular paycheck.

I assume that dentists and medical doctors probably recommend higher cost levels of treatment to rich looking patients. Would you suggest a cosmetic procedure to someone who looks like they don’t have a dime? Probably not.

With any medical treatment or prescription, it’s very fair to ask about costs. If you feel the option is too expensive, ask for an alternative. Unless you need a specific drug or procedure to prevent serious illness or death, there probably is a less expensive way, even if the doctor assumes you can afford what they recommend.

Should We All Look Poor To Pay Less?

I don’t think we have put off showering for multiple days and wear clothes with holes to get the best prices, but we also don’t have to talk about having money. Just like The Millionaire Next Door, we can be wealthy in an unassuming way. Someday, I hope to tell people I’m a freelancer or property manager or even just a stay at home Mom. I’ll let them assume I’m poor while secretly having much more than the person who drives a BMW but is loaded with debt.

Do you like people to assume you’re wealthy or do you fly under the radar? Have you ever thought a poor person was rich or vice versa?