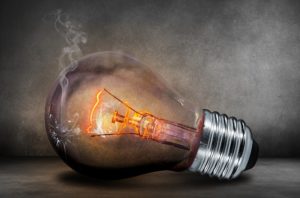 Most homeowners know the routine: with every new year comes higher utility bills. We want to blame the people we write the checks to, or the politicians writing laws making providers spend more. To some extent, this is a fair reaction. However, the path to lowering our energy bills is as much a matter of personal choices as it is a seemingly complex issue out of our hands. There are effective ways to reduce energy spending, the following examples show:

Many people live in deregulated energy markets and don’t even know it. Or they know it and aren’t sure what it means. In short, you have a choice in your energy provider. Sites like Electricity Match can be used to find the lowest electricity rate in your area. A cent here and there may seem like chump change but over time, the savings on kilowatts per hour adds up. It doesn’t take much more than about 10 minutes online and maybe a phone call to start saving on energy.

Regarding the savings of CFLs, debate rages. Experience leads us to believe CFLs don’t last nearly as long as advertised. However, many readers responded by saying they saw significant savings after making the switch from classic bulbs to CFLs. In addition to tinkering with the lights, it’s important to optimize other parts of the house like windows and doors to prevent heat and cool air from leaking. There are also less conventional ways to optimize for energy savings, such as keeping the refrigerator as full as possible.

Another energy usage tactic with mixed reviews is the purchase of energy efficient appliances. Our math indicates the life expectancy of these appliances isn’t long enough to be cost effective, but others disagree. The truth is that durability matters as much as energy efficiency if savings is the goal. To this end, do research to find reputable makes and models of dryers, washers, and so forth. Simply going with a recognizable brand isn’t enough; many of these energy efficiency models are first generation, allowing for even the most respected companies to build faulty appliances.

Get a “cool” roof

Own a multiple story house and in the mood for a sweaty home improvement project? Paint your roof white. This serves to bounce the sun’s rays off the top of your house, rather than absorb them as is the case with a dark colored roof. The result is a significantly cooler upper floor of the house, which in turn lowers the demand placed on air conditioning in the summer time. With heat rising in the winter, the top floor won’t lose much warmth from the reflected rays.

Here is the part where seemingly tough decisions need to be made. However, slight adjustments to habits at home can make a big difference of energy used per month. For example, choosing to wear sweaters and thick socks in the winter months rather than crank up the heat can lead to significant savings from November to March. The same goes for sticking to breathable shorts and t-shirts in the summer. Lowering the set temperature for the water heater and adjusting the fridge settings are also easy ways to save on energy, which require just a little bit of getting used to by the occupants.

Every year energy bills seem to only get higher, despite the same levels of usage. While there’s truth to the fact our political leaders and energy providers are the ones affecting these price changes, the usage itself is something we can all try and lower. Make enough changes and next year may be the first time in your memory where the energy costs of your house go down.