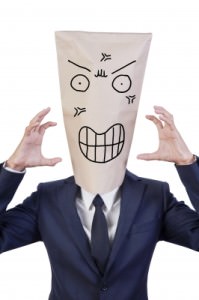 One of the best and worst parts of owning a small business for me has been employees. While some of them are a joy and make my life easier, a few of them have shown me the darker side of humanity. After 13 years, I sometimes think I’ve seen it all, and then, inevitably, I’m surprised again. If you are in charge of employees or might have a need to hire some to help your business in the future, I’ll share some tips I’ve leaned over the years.

Put It In Writing

Whether you are hiring someone as a once a month contractor or someone to work 40 hours per week, make up a contract. You could use a lawyer, but I’ve found that there are many templates online that are very affordable.  Contracts don’t have to be complicated, and you can inlcude what you want. These are some of the thing I’ve found to be important.

If you are hiring someone as an independent contractor, you don’t have to cover the employer share of payroll taxes, which might sound like a great idea. However, make sure you are clear on the definition of independent contractor. If you provide training and reimburse all of the expenses, the hire is likely considered an employee. My accountant says to ask if the person does the same type work, independently, and for others. If so, he or she is likely not an employee. It also helps if the person is incorporated as his or her own entity. Otherwise, it’s a bit gray, so ask if you don’t know. The IRS doesn’t like it if employers skimp on their share of taxes. Also, remember that you have to do IRS documents for your 1099 hires if the amount is over $600. If your are doing payroll taxes, I would strongly recommend a software program that keeps up with current changes in tax law. We use a version of Quickbooks Pro, and it costs around $400 every 3 years.

I’ll share a couple of quick employee nightmares for your to help you avoid these mistakes.

A few years ago, I hired a young lady that I knew through some of her family members. She was only 19, but very motivated and eager to have a “real” job. Her only experience had been in a day care center, but they gave a good recommendation. She started out really well. All employees are usually great for at least the first year. She had a very calm attitude, which is important when you work with the public, and she was very quick with all of the electronic records software and changes that were happening at the time.

About a year into her employment, she began a relationship with a terrible man. He had a criminal record, had dropped out of high school at age 14, and was just a thug. It was a classic case of good girl attracted to a bad boy. In a small business, you inevitably learn more personal details than you want to know, and it’s really none of my business unless it affects your performance. Anyway, she ended up pregnant, had the baby, and came back to work. Her boyfriend was abusive and kicked her and the baby out several times. He would also clean out her bank account every few months.She left him multiple times, only to return. I felt really sorry for her situation and cut her way more slack than I should have.

She became pregnant again, and things really started to get bad with her work performance. The last straw was when she took the office credit card and went shopping. There were some charges to Wal Mart and the grocery store that I did not authorize, and I had no receipt. I found out you can call the store with the transaction number on the credit card bill, and they will print a new receipt! Imagine my surprise when there were charges for things like makeup, gardening gloves, and cargo shorts. All in all it was about $90 worth of stuff from three different occasions. I could have almost understood if it had been for milk and diapers, but come on, cargo shorts?

The tricky thing was that she was pregnant. If you know anything about employment law, you never fire a pregnant woman! You also can’t let someone get away with theft. I had to hire an attorney to figure out how to fire her without bringing on a lawsuit. While it was long overdue, I still couldn’t help feeling that I was cutting off the income for a pregnant lady with a toddler and a boyfriend who beat her up. It’s a mistake to consider personal situations in business, but it’s always been a weakness of mine, and why I’m probably not the best employer.

We had another employee that we had to let go after her job performance turned terrible, and we suspected she had been stealing. She was very vindictive and ended up filing a claim with the EEOC, saying we violated her civil rights. She said she was a whistle blower and had come to me with concerns about the HIPAA privacy act, and I had fired her instead of fixing violations.

First, we did not have any known violations. Second, she never expressed any such concerns. Third, when the government gets involved, it’s a nightmare. Even though, we did nothing wrong, it took three years to be cleared. I spent thousands of dollars in attorney fees and time spent completing the required documentation the government requested. While we are subject to all standards of the privacy laws, we are also a small practice with less that 8 employees. Regardless, I had to complete an audit just like a major hospital would have to do.

She knew it was unlikely that she would win the claim, but she also knew what a pain in the butt it would be for me. I guess there is some justification in the fact that she was recently fired from another job. One of her coworkers told me it was for the same reasons we let her go. Apparently, she talked all about our office and how poorly she was treated. Now she is filing suits against this employer as well. I guess the take home point is to be ready for anything. If you do things the right way, you will come out OK, even if it takes a while.

I’ve also had some employees who have been with our business for over 20 years and are wonderful. It’s great to be able to give someone a job. It’s hard to take one away, but it all comes with being a business owner with employees. If life were all roses, I guess it might be a little boring.

Have you ever had an employee horror story? Ever had a government audit?