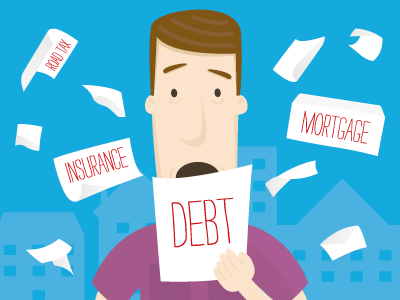 Why are people sometimes completely overcome with the urge to spend? Whether it’s on a big ticket item or a being a serial spender? Most people understand the concept that they shouldn’t spend out more than they bring in.

If people know this to be true, and know it’s a simple enough rule to abide by, why don’t they seem to easily follow it?

Being induced or compelled to do something is often hard for people to be self-aware about. There are many factors as to why people make decisions that they are aware will hurt themselves. It can be self-deceit, arrogance, greed…Well in all of those cases they are probably foolish enough to think they are above hurting themselves.

What are the reasons that smart people seem to get in a cycle of bad decisions? We all could think of a relentless list of reasons, but let’s zero in on one that I frequently talk and write to men about:

Fear is a powerful internal motivator. People will do almost anything for the sake of preserving themselves out of the fear of death, fear of failure, or just plain the fear of looking stupid.

Now why in the world would we allow fear to drive us to SPEND?

1. You’ve made a mistake and you’re trying to make up for it.

Ha, I laugh as I write this. This is almost all-encompassing.

Kobe Bryant, after it was brought to the public eye that he cheated on his wife with a 21-year-old while rehabbing in Colorado, bought a MULTI-MILLION dollar apology ring for his wife. Why? He did something stupid and was fearful of losing her.

Sometimes people spend extraordinary amounts of money to cover up their mistakes. Maybe it’s a rich person throwing around hush money, or even a broke bloke blowing cash on covering up his small web of lies.

Yet another tragedy is when a person playing the investment game makes a bad, costly call. They might feel compelled to double-down on their investment in the hopes of making a double-or-nothing play that brings back the money they burned.

2. You can’t stomach looking at the bills, so you keep spending more than you should.

A person overcome with fear about money has a debilitating emotional correlation with the debt they’re in. It can be paralyzing. Therefore they just try to ignore the painful online credit card or loan statements because it’s just too plain difficult to look at.

And with that, they are ignorant of the debt they continue to rack up. It’s not uncommon for a person to continue to blow money in this insecure state, with the hopes of getting some immediate gratification that will cover up that bad feeling in their stomach.

Who hasn’t eaten a piece of delicious cake when they felt down about something? Or the guy that blows some money on drinks to make his sorrows go away?

The fear of facing and having to wrestle through this problem is paralyzing for people, and they continue to spend away.

3. People are afraid of something new.

Isn’t it bizarre that people are afraid of learning new information? As in, people know there are people out there more financially savvy than them, yet they’re afraid to grow in their knowledge?

This fear can grip anyone who’s made some mistakes and now fears further failure.

What can a man or woman do who’s stuck in this mess?

What is it exactly that you’re afraid of? Is it failure? Is it looking stupid? Is it that you’ve lost sight of how bad things might be and can’t stomach the reality?

Is what you fear a real risk? Is it tangible and external to you, or is it internal?

For example, ballooning debt is real, and it’s something to be afraid of getting yourself further stuck in. But that actual feeling of insecurity about that, it IS something you’re experiencing, but it’s not real outside of your mind.

Your fear is no more real than you give it power to be.

Whether or not that fear is reality, it certainly is reality to you. And the next thing you can do to tackle it is expose yourself to it. Sure, that might sound scary and counter-productive. But the person who’s afraid of talking to people should go out and talk to people. The person who’s fearful of debt they’re piling up should look at it.

The person who keeps spending and spending either because they choose to remain ignorant or because it gives them a momentary emotional escape should expose themselves to the reality of it. Look it in the eye.

4. Begin the Next Step of Your Journey

If you want to escape any repetitive cycle of fear that’s inducing you to repeat mistakes, look that fear straight in the eye, evaluate if it’s real, and expose yourself to it. Next, create a plan of action and begin your journey to be done with it!

This is a guest post written by Todd. He’s the co-founder and content manager at Fearless Men, a men’s blog on Manliness that inspires men to grow strong, get fit, be wise, kick fear in the face and become a better man. Check out what else he’s written on Overcoming Fear.

Kim’s Comments: I have to say that even us girls can find lots of wisdom from Fearless Men! I know that I certainly have been guilty of letting fear hold me back, but no longer. I’ve come to realize that facing what scares you is the only way to truly be happy, unless, of course, it’s spiders or birds. You can avoid those all you want!