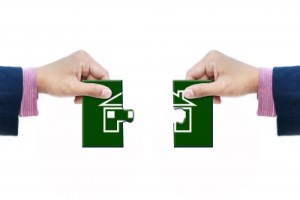 As you might recall, we are currently in the process of flipping a house. We partnered up with a property management/ remodeling company for this project. Basically, they brought us the deal. We are putting up the money, and they are responsible for taking care of repairs and remodeling the property. You can read more about the financial details in the previous two posts.

We Flipped a House!- Part 1, Buying the House

We Flipped a House!-Part 2, Renovating a Distressed Property

My last update had us almost finished and ready to put the property up for sale. However, not very long after that post was published, the wheels fell off, and we have not seen much progress toward finishing the house. If you do want to purchase real estate as an investment, I would be very careful before deciding to take on a partner.

Honestly, I’m not sure. When we noticed that no progress was being made, I repeatedly tried to find out why. I got a whole slew of excuses; everything from “my Mom has been ill” to “we had an emergency with another rental property”.

We are pretty reasonable people, but this was getting ridiculous. Short of hiring a lawyer, we felt there wasn’t much we could do. It was worse than frustrating to see weeks, especially prime summer real estate season, go by with nothing happening at our almost finished property.

Although we were frustrated, the next thing that happened was unbelievable. When I was changing homeowners insurance companies recently, I had to provide the policy numbers for our investment properties. Our partners had been responsible for providing insurance on the flip. Because it was a rehab and sell, it falls under a commercial policy. Our partners wanted to insure it because they could get a discounted rate due to other properties they held. No problem, or so we thought.

I soon found out that the policy had expired several months earlier. Basically, what this meant was that if the house had burned down, gotten demolished by vandals, or if some idiot had stumbled through the yard at 2 AM, broken his neck, and sued us, we had no insurance. We had $87,000 invested in this property WITH NO INSURANCE.

I was beyond mad. I had to type a very carefully worded email rather than call because I am not sure what I might have said in the heat of the moment. The reason I got for letting the policy lapse was that it was “pretty pricey.” Yes, it would have been PRETTY PRICEY if something had happened while we were uninsured.

Anyway, I got the policy back in place that day and told the agent to call me directly if it came close to lapsing again. It still makes me sick to my stomach to think about the house sitting there for so long with nothing to safeguard us in the event of something catastrophic. I might as well let my daughter start flushing cash down the toilet. At least she would get some entertainment value out of that.

At that point, we gave our partners two weeks to come up with a written plan and time line to finish the house. Our ultimatum was that if we had no plan and no progress, we would hire someone else, even if it meant cutting into our final profits.

After that we heard nothing, nada, so we went ahead and got another contractor to give us an estimate. We were also concerned that maybe something was really wrong with the house, and our partners were covering it up, or maybe they used our materials for another project. The mind runs wild when your attempts at communication are not returned. The contractor confirmed that the house was in good shape and could be finished in less that a month! What the $#@! are these people waiting on?

It makes no sense for us to let them buy us out after the thing is sold. We will make more money with our original agreement. We could buy them out if we can agree on a price, but then, that takes almost all of our cash reserve, a place we don’t want to go. If we did that, we’d still have to come up with the rest of the money to hire the new contractor. Basically, our best options is to hope we have finally lit a fire under these people, and they will get it done so we can wash our hands of this stupid flip.

Before you call me crazy, and you certainly can, know that I spent over a year building a business relationship with our current partners. They have done this type project several times, never with any problems. I still feel like there is something we aren’t being told, but at this point, I want to move forward.

So You Think You Want a Real Estate Partner?

My advice to anyone would be never have a real estate partner, no matter how well you might know them. If you do, I would insist on several things before you make a deal.

I still strongly believe investing in real estate is a very important plan for achieving our financial independence. This deal should still make money, even if it takes forever, because we chose a great property that was really under priced. However, in the future, I will never take on a partner in a real estate venture. There are too many things beyond your control,and there are other ways to make money without this much frustration.

What experiences have you had with partners? Should I just burn the thing down now that we’re insured?