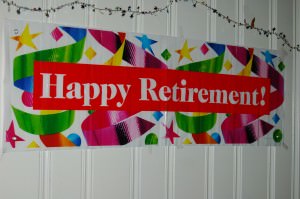 Between 2008 and today, there have been over 3 million completed foreclosures in the United States. We can blame Wall Street, Sub Prime Lenders, the government, the price of tea in China, or fill in the blank with the group of the day.  While people do lose their homes for reasons beyond their control, like an illness or death, most people lost their homes for one reason. They took on more than they could afford with no equity to help them when prices dropped. Unfortunately, my family got to see what happens during and after a foreclosure when they had that experience a little over two years ago.

Spending More Than You Make

We have some very close family members who were making decent money back before the great recession. Like us back in the day, they spend just about everything they made on a variety of things they thought they needed or wanted. While their jobs were certainly tied to how well the economy was doing at the time, they never set anything aside for a rainy day. They also rolled several lines of credit into a big mortgage payment. They were making enough to afford, so why not?

Turns out the rainy day came.   Both of our family members lost jobs around the same time when the economy collapsed. Long story short, a couple in their 60’s lost their home to foreclosure.

They were luckier than many because they had a friend of a friend with a rental who agreed to let them live there.  They were able to afford it on social security. Foreclosure ruins your credit rating. Without a connection, it would have been hard to find a rental, and they would have been forced to move in with family.

At first, they were pretty angry about the whole situation, but with time, I’ve seen some very positive changes. They are living within their means by forced frugality. They have no credit.  It is a bare bones lifestyle, but they have a home, food, clothes, and and a pretty old vehicle. If they do become very ill or disabled, with no assets, they will be eligible for Medicaid if they have to go into a nursing home. No frills for sure, but it could be worse.

What to do if You Find Yourself in a Similar Situation

Do you have any experience with foreclosure?