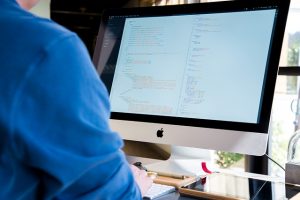 It is very sad yet quite true that employees in just about any kind of business will from time to time come across team members who are displaying unethical behavior. That behavior could span a wide variety of activities. Some of the most common types of unethical behaviors include things like copying software so that they can use it at home, falsifying the amount of time they have worked, or even falsifying business records and or embezzling money from the company. Though there might be a difference between behavior that is considered to be unethical and behavior that is considered to be illegal, it is actually up to the business itself to determine how it will deal with such activities… whether or no they are illegal.

Let’s say that you have a stock broker who you feel has mismanaged your investment by making risky or unorthodox or maybe even illegal investments. You might decide to get the services of a loss recovery team to try to recoup those losses. Will you be able to recover your losses that resulted from their unethical and possibly fraudulent behavior? This is determined on a case by case basis, but it never hurts to look into it. If it seems like you have a good case, then it might even progress to litigation.

Did you know that unethical practices involving doctors usually begin while they are still in medical school? This is because they see their teachers doing it and get the idea that this type of behavior is ok. This is based on a study that was published in the British Medical Journal. That particular study found that almost half of the medical students participating in the study felt pressured to act in unethical ways while they were in training and nearly 2/3 of them were regular witnesses to their instructors acting in unethical ways.

What can you do about this?

If you feel that a doctor has behaved unethically, you can report him to the State Board of Medicine or its like in your state. All doctors have to be licensed by the state they practice in and are governed by some sort of medical board. Those medical boards are the ones that have to investigate allegations like this.

The best time to avoid these risks and costs of this type of behavior is before it happens, not after. One way for you to do that is for every individual to commit to creating an environment in which ethics are honored and recognized, demonstrated and rewarded in everything that is done by everyone involved on a daily basis.