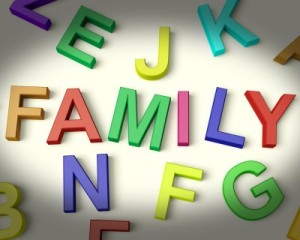 I am a big believer in not supporting adult children to the point of discouraging their independence and ability to provide for themselves. I think it’s fine to help your children, but not put yourself  or them in a bad financial place because of it. However, looking at the other end of the spectrum, when is it an adult child’s responsibility to help their parents or family financially? I think with any money decision, it’s good to make a list of pros and cons. I’m not sure where I stand on the issue of whether or not to give money to family.

Reasons To Give Money To Parents or Family

Maybe your family spent all their money helping you get established by paying for college or helping with expenses while you were starting out. Maybe they never made much money but supported you in other ways that helped you become successful. I think helping family in a time of need or with regular expenses they can’t afford would be a nice way to return the favor.

You Can Afford It

If you’ve lived within your means, have adequate savings, and don’t have debt,  helping family financially might be a good thing to include in your budget.

Reasons Not To Give Money To Your Family

Tom ends up losing most of his investments in a Ponzi scheme, then he quits his job. His family is devastated that he can’t bankroll them anymore, and he ends up in a very bad way while trying to get his money back. I know it’s a show, but I bet people really do crazy things in the name of not disappointing family who expect material things.

Your Family Is Terrible With Money

If your family has never made any effort to save more or spend less and always trys to keep up with the Joneses, you could be enabling by giving them money.

Can You Give Money To Family With Strings Attached?

Maybe you want to help out family, but are fearful of what they might spend the money on. If your family is in a bad financial way but still smokes, drinks, gambles, or has HBO while you are watching every nickel, you might end up feeling resentful if you give away your hard earned money. What if you put a condition on how they spend the money or give them an ultimatum about quitting costly habits before you’ll help?

I personally don’t think that’s a good idea. Adults are adults and, good or bad, they tend to do what they want. If you nag all the time, I don’t think it does anything other than make you sound self righteous. I think if you want to give your family money and can afford it, then go ahead. If they blow it, at least you had good intentions. If you can’t stand to see them continue down the same path, then don’t give them anything. Life is too short and money is too hard to earn to spend it on things that will cause regret.

What Can I Give Besides Money?

I think in most situations, giving money to financially irresponsible people is like giving to the alcoholic holding the sign on the corner. It might provide some immediate gratification, but really won’t matter over the long term. Instead of giving money, it might be more helpful to give something like a gift card for groceries or offering to pay a bill directly to the company. That way, you know that the money wasn’t wasted.

I would also never, ever offer to do something like cosign a loan or give an actual loan to family members. Unless you’re prepared to cover the payments or not get paid back, you could end up disappointed. I know I’ve mentioned it before, but my former boss had his credit score ruined and missed out on a good rate for refinancing his house because of a loan he cosigned. His son quit paying and didn’t bother to tell him. He had no idea until he tried to get approved for the refinance. If you do cosign, at least make sure you see a copy of the statement each month or have access to on online account so you can step in if your co-signee fails.

In reality, helping family financially is something we’ve been considering. Without going into specifics, I think we’ve decided not do it unless they need immediate help with something that involves health or safety. Maybe that’s selfish, but there are too many variables in play to make it seem like a good idea at the moment. I guess we can always change our minds later on.

Do you struggle with the issue of helping family financially?  Is giving money to family a crazy idea?