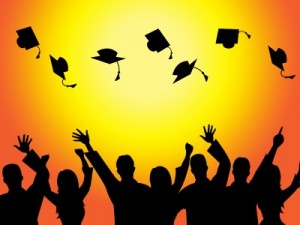 By the end of this month, thousands of students will be graduating from college. While some might go back home to live with Mom and Dad, the majority will be moving into the world of paying rent, utilities, car insurance and all the fun stuff that comes with adulthood.

I’m sure there are many college students who had to pay for all their expenses from the time they left home, but many are lucky enough to have parents who supported them by paying things like car maintenance, health insurance, and dental visits. It can be a real eye opener to be totally on your own, having to navigate adult responsibilities. Graduation gifts aren’t going to fund a lifestyle, but they can go a long way toward getting feet wet in the real world. Here are some graduation gifts I wish someone had given me to help ease the transition.

When I was in college, I used my parent’s mechanic when I was home on breaks for things like tire rotations and oil changes. It doesn’t cost a ton of money for routine car maintenance, but it adds up when combined with all the new expenses graduates face. A gift card from Jiffy Lube of Grease Monkey would at least cover some of those costs for a while.

Right after graduating optometry school, I was making $25,000 a year, and I’m ashamed to say that I put off lots things that I knew were important just to save money. While it’s tempting to want to go out and buy a car after getting your first job, it’s tons smarter for new grads to drive their old college beater for a while longer, especially if they have student loan payments coming up. Routine maintenance goes a long way toward making this possible.

I wonder if I would have read and appreciated this book when as a new graduate? No one ever really talked to me about retirement at that stage of the game, and I really wish I’d started saving aggressively right from the beginning of my career. I thought I had plenty of time to do that later, but the best time is always right now. The Automatic Millionaire was the first financial book I read as we were trying to get out of credit card debt. I don’t agree with everything David Bach says, but this book really made so much sense.  I’ve given a copy of this book to several graduates and young people. I have no idea if any of them read it or got anything out of it, but it’s never too early to start planning for the future!

When I lived in a dorm or even in a house with roommates, I never owned many of my own dishes or cooking utensils. I usually just used whatever was already there, and to be honest, I didn’t cook very much if it didn’t go in the microwave or a pot of boiling water. I’d love to have some of the student loan money back that I spent on Back Yard Burger or Papa Johns’s but I digress……..

Sadly, the habits of buying pre-packaged food or getting take out continued long after I was done with school. There are lots of cooking utensils, dishes, and baking pans to be found on the cheap at yard sales and thrift stores, but everyone living on their own needs a few basic cooking items that can be tough to find used.

With a few kitchen tools and Pinterest, anyone can make home cooked meals very inexpensively. While I might have rolled my eyes if someone had given me a crock pot right out of school, it would have come in very handy when I was working long days and coming home starved.

To this day, I am no DIY expert, but it was almost comical to see my struggles when I first moved out on my own. I remember buying cheap shelves and furniture that had to be assembled, thinking I was doing so well until the whole thing was done and half of it was backwards or upside down. I also remember having to go to Target and buy screwdrivers and a hammer because I’d never had a use for tools in my former life. A basic DIY kit would have been very useful and should include:

I think lots of college kids these days watch TV or movies through streaming, but I’m sure a fair number still subscribe to cable. The nice thing about having cable in college is that you can split the cost with roommates. Once new graduates are living alone, that bill doubles or triples if no roomies are involved.

Having a subscription to Netflix or Hulu means no need to ever develop a cable habit. Gift subscriptions can be ordered online or you can pick up gift cards at a variety of stores. They didn’t have Netflix when I was in college, but I do wish I had some of the money back I spent on cable and satellite TV over the years.

Cash is always a welcome gift, but it’s too easy to spend on clothes or eating out. I would rather give new graduates a gift that continues to help with saving money and eases the transition into true adulthood, but that’s just me after years of doing it the wrong way. Hopefully today’s graduates are much smarter that I was!

What is your go to graduation gift? What tools or kitchen items would you give to someone just starting out?