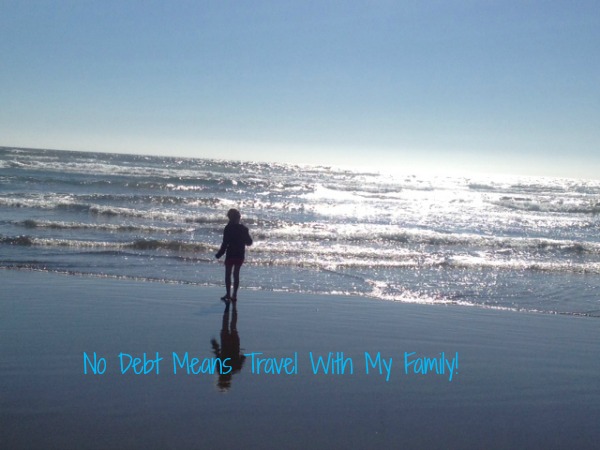 There was a time when I thought it was normal to be in debt. As I finished school and entered the work force, I believed it was normal to sign up for the debt club with a new mortgage, new car, and all the trappings of the lifestyle people told me I needed. Eventually, debt lost it’s glitter, and it took control of my life. I’m here to tell you how smart people get into debt by spending too much, believing in good debt, getting approved for too much credit, and thinking that making payments means you can afford it. Later this week, I’ll tell you how to stop the cycle because debt does not have to be forever.

How I Got Into Debt

People only get into debt one way, by spending more than they earn. My initiation into the debt club came on my first day of optometry school when I picked up my first ever student loan check to pay tuition. Since my income was zero and I’d just spent $10,000, I got immediate silver status!

Fast forward four years, and I graduated with a really nice diploma, a residency position that paid $25,000 a year, and gold status in the debt club with $60,000 in student loans. I was not worried as I knew there were big opportunities to come.

Instead of paying interest during residency, I put my loans into deferment so I could concentrate on the important things like buying a new mountain bike and taking ski trips to Vail and Telluride. Granted these were bargain basement trips where I slept on people’s couches, but it still cost money I should have been putting toward my student loans. I could have afforded to do both, but everyone else was in deferment, so it never crossed my mind.

Ten Years,  Over Half A Millon in Debt

Over the next ten years, I added a husband who brought to the marriage all of his lovely traits and personality plus an extra $40,000 in student loans. We bought and sold a starter house, then built what is likely our forever home.  I also bought an optometry practice. Up until this point, we had pretty much avoided consumer debt except for the new cars we traded every 3-4 years.

After building our house, we were pretty much platinum debt members, owing $215K on our mortgage, around $250K for my practice, $100K on our student loans, and about $50,000 on vehicles. Also during this time, I purchased half of the commercial building that housed my optometry practice for $125,000. That’s almost $700K in debt! However, society told us the business, mortgage, and education were good debts, and we didn’t think the car loans were a big deal. Everyone has a car payment!

When You Have No Money, Charge It!

After moving into this big, new house, we had empty rooms and a desire to keep up with the Joneses. Even though we owed a ton of money, we had great credit scores and a high income. As a result, no credit company ever turned us down as we proceeded to rack up credit card debt from buying furniture and stuff for the lawn. We went on trips. We had all the latest electronics and sporting gear. We often went to the mall just for fun, which always meant more shopping and a dinner out.

We thought we were doing great because we bought almost everything on sale and always bought Hondas or Nissans instead of BMW’s. What bargain hunters we were!

I read a great post at No Nonsense Landlord about how financial independence is really about choice, regardless of your income. This post really sang to me because at the height of our debt, I had no choice other than working like mad. I was putting in probably 50 hours per week seeing patients with another 10-15 dealing with administrative tasks and networking. On the surface, I looked like the perfect young professional. Inside I was miserable, and I used to wake up in the middle of the night wondering how we’d survive if I couldn’t work. Jim was only making around $30K per year as a teacher, so we would have been in trouble without my income.

In 2007, life took a 180 degree turn when I gave birth to our daughter. We put off kids for years due to a number of reasons, a huge one being my work schedule. I had no idea how to balance motherhood with our debt and need to keep the business growing. If you wait for the perfect time to have kids, it will never come, so we jumped in and decided to figure it out as we went along.

The Motivation To Get Out of Debt

I’d love to say I was able to handle everything, but having a child made me despise what I had become. As I dropped her off at day care every morning, I felt like the worst parent in the world. Even during time off, I was trying to catch up on home chores. I was not the parent I should have been. I resented Jim and all the time off he had to spend with our daughter. It was not a good situation. We had to find a way to get out of debt once and for all.

During this time, some close family members lost their home to foreclosure after their jobs dried up during the recession. Like us, they had been basically living paycheck to paycheck to support their consumer debt habits. Their house of cards came down, and I realized that could easily have been us.

You Owe How Much In Credit Card Debt?

When Jim and I sat down and decided to get out of debt, we honestly had no idea how much we owed in credit card debt. We made the payments as quickly as we could every month so as not to ruminate on the outstanding balances. As we sat down and added up all the credit card bills, I almost had a heart attack when they added up to over $30,000.

I’d be lying if I said we were all smiles and giggles at our new plan to get out of debt, but I’ve never felt so hopeless in my entire life. After a brief period of mourning, we focused on a new plan that eventually led to no more consumer debt.

I’ll be sharing some more motivational posts later this week about how to void your platinum membership to the debt club, but I thought it was important to first share how two relatively smart people can get into debt. Debt doesn’t make you a bad person, it just means you probably made some bad choices.

Debt is Not Forever

This post is part of the debt is not forever movement that Jackie Beck at the Debt Myth is hosting this month. My family and quality of life are my reasons for paying off debt.

Do you feel or have you ever felt like debt is forever? What is your motivation for getting out of debt?

Over time, I became a platinum member of the debt club, eventually racking up over $30,000 in credit card debt to go along with all my other monthly bills. At that point, I wanted to cancel my membership

Table of Contents
How I Got Into Debt
Ten Years, Over Half A Millon in Debt
When You Have No Money, Charge It!
Debt Steals Your Choices
The Motivation To Get Out of Debt
You Owe How Much In Credit Card Debt?
Summary