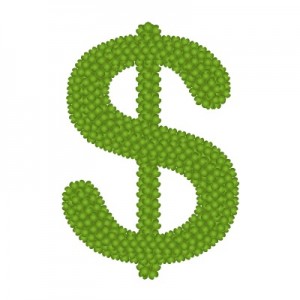 For the past couple of years, I’ve been blogging about things like ending debt, building wealth, and leaving the work force before being old and gray. To do all those things, you need money. I’m sure most of us think we could never have enough money and the richer we are, the more we would be able to do with our lives, including charity work and educating others. I think that’s true in some ways, but I also think you can have too much money. How rich is too rich?

As m any of you already know, I have worked in Telluride a few days a month for many years. It’s a resort town with a very diverse population. Most of the patients I see there are average working Joes trying to make enough money to live in a town where single family homes under $1 million are few and far between. We do have a handful of very rich patients, and from my experience, uber rich people expect to be treated differently.

By uber rich, I don’t mean people who make under $1 million a year and have a net worth of a few million. I’m talking multi-millionaires who fly on private jets. I never knew anyone like that growing up in Kentucky, but I’ve met a few in Telluride.

This is a summary of a conversation I had this week with one of our very wealthy patients.

“I called your receptionist to order more contacts and she said she won’t. I have been coming here for 10 years and she was a total bitch. I backed my car into the garage door today because I only have one contact and I was thinking of her when that happened. You don’t value me. If you can’t take care of me, I will take my business elsewhere.”

What really happened was that his contact prescription was expired, and the new employee, just as she had been trained, told the patient he could not order more contacts until he  had a new exam. This complies with state and FDA laws. She also offered to give him a trial pair until he could get in for his exam, but we did not have his prescription in stock and it would take a couple of days to order them. She was not rude at all.

No Time For the Rules

All he heard was no, and he is not used to no. I will also say that this patient is always in a hurry, is always on the phone, is usually late, is often condescending, and has not shown up for appointments a number of times. Why do we tolerate his behavior? Because when he does show up, he might drop $1000 in 10 minutes. He can’t be bothered to look for missing glasses. He will just order a new pair!

I have seen this particular patient for over a decade and, in that time, I’ve developed sort of an odd relationship with him. Years ago, when I was a young pup, I told him if he wanted me to examine his eyes he needed to turn off his phone. I’m not sure if anyone has ever asked him to do that, but somehow it put me in a place of authority? respect? He also has some serious eye issues that I was very professional but blunt about. From then on, he loves me, and I can do no wrong. The staff, however, is another story.

Rich And Rude? No Problem

In a perfect world, we would stand behind our staff member who was doing her job correctly. Instead, we decided it was better if she apologized and made nice to get this patient back on her good side. We squeezed him in when it was convenient for his time frame and took care of his needs. Would we have done this for a Medicaid patient? Probably not.

After a decade of knowing this patient, I know he has an extremely stressful job running an international company. He almost never takes time off. He has had health problems due to stress and overwork. He has all the material  things one would think of when we think of rich, but I’m not sure he ever slows down long enough to enjoy them.

I guess the take home point I’m trying to make is that sometimes really wealthy people feel they have to keep making money at all costs, even when they already have more than they could ever spend. If I become the person that the boss tells the staff to “take care of” because I might share a few Benjamins if I feel properly smoozed upon, then I don’t want it. I don’t know when wealth starts to out rule common sense and manners, but I hope I never have to find out.

Are rich people treated differently?  Have you ever been forced to do things you don’t want to do because of a payday?