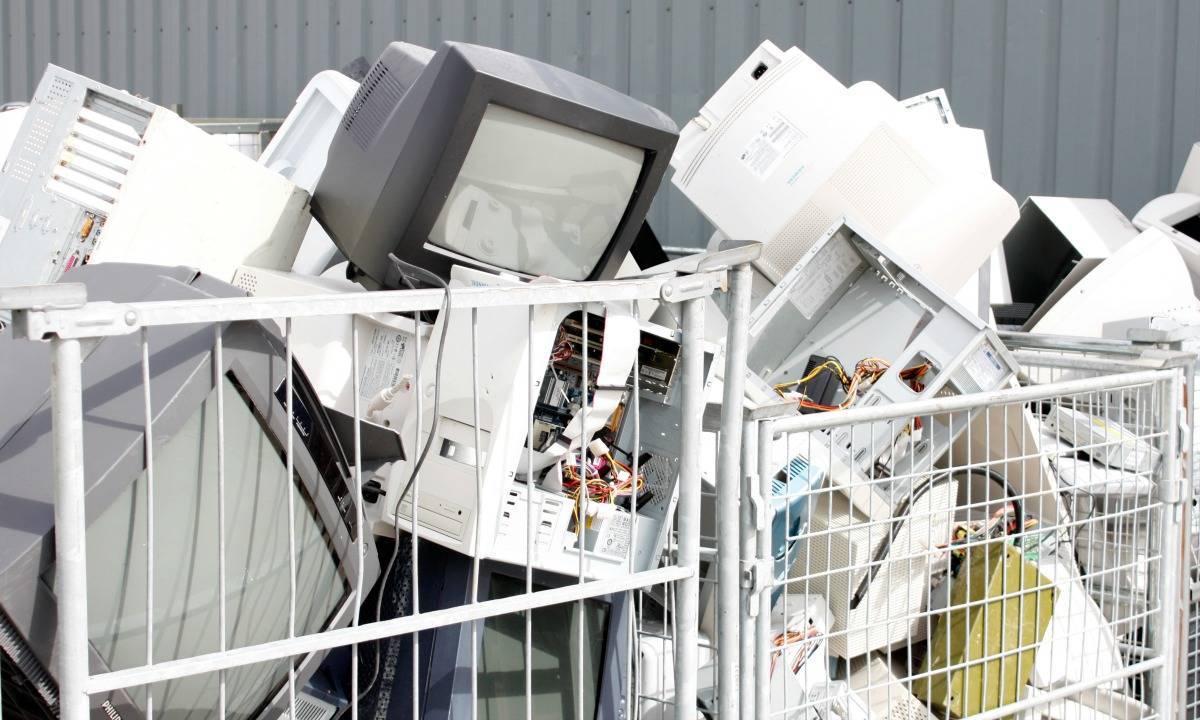 While we have been pretty lucky with stuff left behind by our tenants, we recently inherited an old boat anchor of a TV. It still works, but isn’t really useful for the digital age. We did our tried and true technique of leaving it by the curb, which has helped us shed many an unwanted item in the past, but after a month, no takers. After lots of research and a few disappointments, here’s what we’ve learned about how to get rid of old TV sets.

Why Can’t I Throw It Away?

If you throw away any type of electronics, there is a risk that some of the chemicals used in its components could leak into the ground water supply. Electronics are full of toxic stuff like lead, cadmium, mercury, and arsenic. Yikes! I wouldn’t even want to poison the rats at the dump with that yuckiness. It is also against the law in many states to throw electronics in the trash. Even if you don’t get caught, it’s still wrong, so suck it up and get rid of your junk responsibly.

If the TV works, you can try to mark it free on Craig’s List or in a yard sale, or just put it out on the curb. I’m afraid there are very few people who want an analog TV these days, but it might be worth a try. Some people can’t resist something for free, even if it is obsolete.

In the past, we’ve been able to donate old TV’s to Jim’s school. Even if it’s not digital ready, sometimes schools still use DVD’s and even VCR’s to show videos to students and staff. I’m not sure what it says that schools are so behind on technology, but I guess if you’re in kindergarten, you don’t really care much about HD.

Other places that might take old TV’s are homeless shelters, day care centers (especially ones that operate on state funding that might not have much of an electronics budget), or after school programs. Think anywhere that has low funding and doesn’t need high technology. We did not have any luck with these options, but you never know.

Wait For A City E-cycling Event

I thought our dilemma was solved when our city offered an e-cycling event last weekend. Generally, municipalities offer electronics recycling days to coincide with spring cleaning, so be on the lookout. They were charging $20 for TV’s, but at this point, we just need to get rid of it. Sadly, the truck for TV’s was full by mid-day, and they would not take ours. Must be lots of people trying to get rid of old TV’s! At least they did take an old computer and a few other electronic gadgets that have been in our closet for a while. 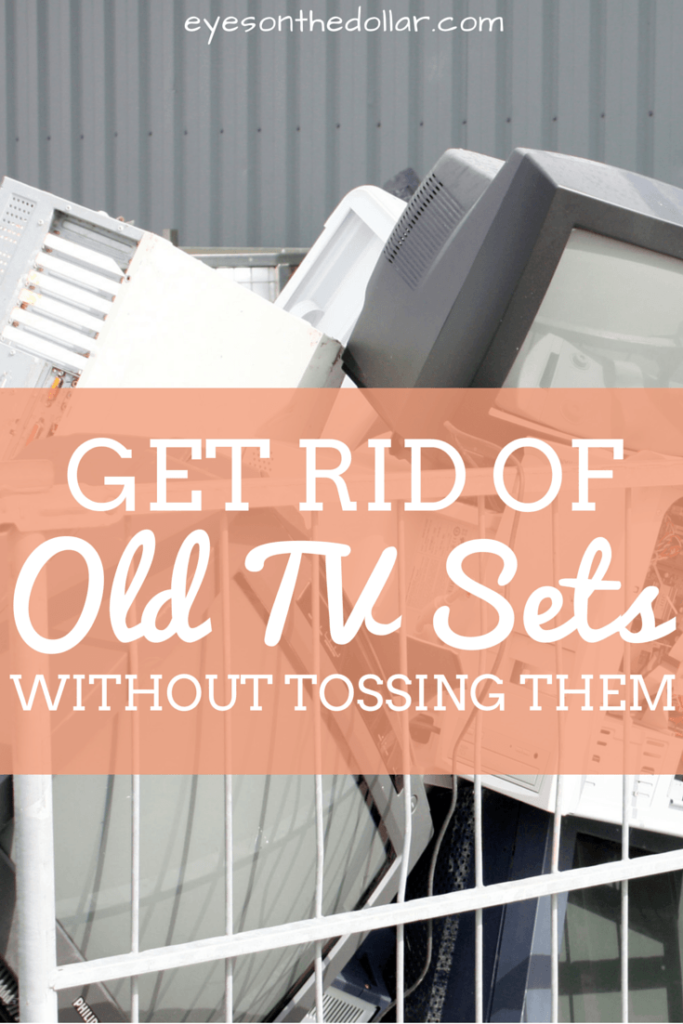 Look For A Recycling Center That Takes E-Waste

There are lots of places that take computers, cell phones, and newer TV’s, but it’s much harder to find a place that takes old tube models like the one we’re trying to dispose of. You can search for centers online, but unfortunately, the closest place to us was four hours a way. Another strike out.

I also learned that many so called recycling centers simply export and dump old electronics in developing nations. To be sure, recycling centers that are certified as E-stewards have been certified to recycle electronic waste responsibly. If your center isn’t on the list, that does’t necessarily mean they are dumping stuff on Sri Lanka. It just means they haven’t completed the certification process. I guess the best thing to do is ask and hope you get the truth.

Give It Back To The Manufacturer

Best Buy and Staples both take many types of old electronics. Staples does not take TV’s or stereos, but you can drop off up to six other types of electronics per day at no charge. Best Buy takes a variety of electronics for free as well, including any TV’s less than 32 inches, up to three items per day. Winner, winner, chicken dinner!

There is a Best Buy an hour from us, so the next time we head to that area, we’ll be dragging the boat anchor with us. If you have a TV bigger than 32 inches, Best Buy does offer pick up and disposal service for free if you buy a replacement model. Otherwise, there is a charge to haul it away.

I had no idea it was so hard to get rid of a TV. I can sort of understand why peoples’ basements and storage closets turn into a hoarder’s episode over time!

Have you had to dispose of an old TV? Where did you have luck getting rid of old electronics?

Table of Contents
Why Can’t I Throw It Away?
Give It Away
Donate It
Wait For A City E-cycling Event
Look For A Recycling Center That Takes E-Waste
Give It Back To The Manufacturer
Best Buy or Staples