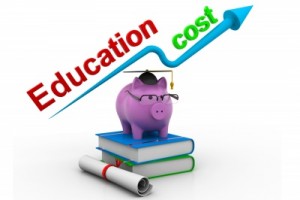 If you pay attention to national US news at all, you’ve probably heard that President Obama wants to give everyone free community college. At first glance, this might sound like a great idea. The cost of higher education is beyond reach for many Americans, and anything that make it more accessible and affordable is good, right? My friend Holly wrote a great post about this very topic. She says it better than I can, but in reality, free only means an increase in costs or taxes somewhere else. If the President really wants to help America improve its education system and job prospects without sending students into poverty over student loans, I would suggest putting money into these five ideas to help college students make it in the real world.

In the US, we are too afraid of calling a spade a spade. We all believe in the American dream where even the most disadvantaged person can go on to become a billionaire. Yes, that does happen, and no we should not discourage anyone from their dreams, but those type stories are few and far between.

I have a friend whose daughter is a pre-med major. She is on her 5th year of undergrad because her GPA is always borderline and she has had to repeat many classes. There is no accredited medical school that is going to accept her because her grades and test scores are just not there.

However, the college still allows her to enroll in pre-med classes every semester. Did I mention that she manages the books for a decent size hotel and has been promoted several times?  I think she will eventually get a biology degree and continue to work in the hotel industry with a good paying job she could have had without getting a college degree.

The job of a college advisor should be to evaluate students and make suggestions based on performance, motivations, strengths, and weaknesses. Hard as that reality might seem, degrees that don’t hold any hope of a paying job are about worth the paper they’re printed on. You can learn more here about how to help students make the important decisions before they get to college.

I haven’t been in college for a long time, but I do remember lots of fluff in pursuit of a science degree. Things like bowling, first aid, library science, and music appreciation come to mind. These were actually some of my most fun classes but totally useless for my career and earning potential.

Why not make general ed more useful with classes like Budgeting 101, Science of IRA’s and Compound Interest, Nutrition For Life, or Study of Careers and Salaries? I’m sure many classes are applicable for certain degrees, but I just don’t see how paying a credit hour to take bowling helps students in any way.

A few colleges are streamlining degree programs so that students can graduate in 3 years instead of the traditional four. Some might argue that the college experience should be savored and enjoyed, but saving a year of tuition and other expenses trumps an extra year of keg stands and sorority mixers. I wish more schools would follow this pattern.

Put A Limit On Student Loans

If students are borrowing money to go to school, I think there should be a cap on the amount of loans available based on the value of the degree program.

What is a degree worth? It might seem arbitrary, but I think it’s fairly easy to look at average salaries for jobs associated with certain programs of study. You should not be able to borrow $100,000 to get a degree in history, even if it’s from Stanford.

Besides my last year of optometry school, there was never a time when I couldn’t have worked in some sort of part time job. I did work off and on, but relied on loan money to pay most of my bills. I also spent way more than I should have on entertainment and stupid expenses. I could have easily put more of my earned income toward necessary expenses and taken fewer loans. Almost everyone I knew did the same thing and there was no one to tell me otherwise. My parents never borrowed student loan money, so they had no idea on how to advise me. I was certainly not thinking much about the financial future.

As seniors in high school, kids go from having to raise their hand to use the bathroom to deciding what to do for the rest of their lives. It’s easy to choose based on emotion rather than value. I believe financial education should be mandatory for any student taking out loans.

I don’t want to offend college students or young readers out there. I’m not meaning stupid like getting all F’s, but stupid in the naive sense about the future.  People in their teens and early twenties have no clue what life will feel like 10 or 20 years down the road, and they likely have no way of grasping what $50,000 in debt will do to their options. There is no ghost of career future to point the way.

Community college can be a great way to start an education, especially with students who aren’t sure what they want to do. Letting someone get their feet wet as a part time community college student has way less risk financially than not being ready and flunking out of a huge school far from home, but sending everyone to community college for the sake of going to college really only produces lots of certificates and credit hours that might not amount to much.

The best we can do is give college students the chance to succeed in the real world by getting the best, most affordable degree or training that allows them to earn a living. I don’t think a blank check for community college without direction produces this.

What are your thoughts on free community college? Is getting a degree in a field with poor job prospects better than not having one at all?