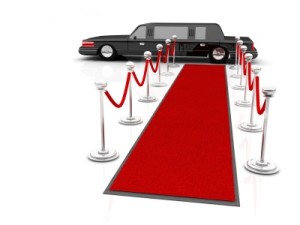 One of my guilty pleasure shows is The Voice on NBC. Even though the show hasn’t really produced huge stars outside of the country artists, it’s still fun to watch. I’ve never been interested in American Idol or most talent shows on TV, but there is something about The Voice. Maybe it’s the big spinning chairs, but I’ve watched just about every season that has aired so far. One thing that sort of bothers me, though, is how many of the contestants seem to have families or have left behind something solid to pursue a music career. I’m all about making your dream happen, but how far do you go to pursue the impossible dream?

Drop Out of School For a Dream?

I remember one contestant from a few seasons ago who dropped out of medical school to be on The Voice. Another time, there was a mother/daughter duo whose family had sold their home so that they could perform and travel. This year, one of the hopefuls is a gentleman whose wife is currently pregnant with their 6th child. I’m not sure how much if anything you get paid to be on a reality TV show, but I’m sure it’s not much. Even if you win, there is certainly no guarantee of  a steady income, let along being the next Beyonce.

Then you have people like Jared Leto, who just won an academy award. In his acceptance speech, he talked about being raised by a single mother who encouraged him to always follow his dream. Statistically, he had almost no chance of reaching the level of fame that he has achieved, but dreams do come true sometimes.

Also, with the Olympics that just wrapped, up, you have tons of examples of what can happen with those who don’t follow the beaten path. If you saw the new skiing slopestyle competition, you might remember Gus Kenworthy who won the silver medal. He actually got more press from trying to save some of the Sochi stray dogs, so much so that his picture was on the cover of People magazine.

Gus is from Telluride, and although I don’t personally know him, I casually know his mother. His high school principal is now one of Jim’s bosses and he was telling us about Gus’ decision to go pro. He came into the principal’s office during his junior year of high school, right as his career as a professional athlete was starting to take off. He said he had decided to drop out of school because he needed to travel and focus on training. (This kid is as good as his image because he ended up coming back before his class was set to graduate and did two years of classes in a few months to get his diploma on time with his peers.) Even if he hadn’t gotten the diploma, he obviously made the right choice to focus on his athletic career because he made the Olympic team and got on the metal podium, but how on earth could you let your kid drop out of high school for an impossible dream?

What if My Child Has an Impossible Dream?

I think my daughter is awesome, but so far, she hasn’t show any outstanding talent in athletics or arts. In a way, this makes me happy. I’m not sure I could make the sacrifices some parents make in pursuit of a dream. The odds are so slim, and I am a very practical person. Although, if you are young and single, I guess have the gift of time when chasing a dream. You can always do something different if it doesn’t work out. At least you know you tried.

On the other hand, I kind of think that if you are an adult, especially with a family, you maybe need to stop chasing an impossible dream and find a way to pay the bills.  If I was pregnant with my 6th child and we had to uproot so my husband could move to Hollywood to be on a reality show, I think I’d revolt. I do know people who are not famous, but make a living as professional musicians. It’s a hard life with travel and variable income, but maybe no more so that someone who owns his or her own business and has to devote tons of hours to make it run. Still, I’d feel better if my husband was at work in a regular J-O-B instead of traveling around in a van doing shows at bars and reservation casinos, hoping for that big break.

How would you feel if your child or spouse dropped everything to follow an impossible dream? Have you ever left something stable to pursue something crazy?