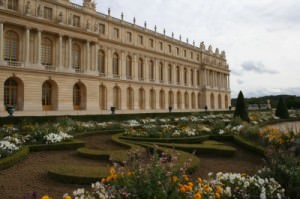 We finally got around to watching the Queen of Versailles earlier this week. I put it in my Netflix queue after reading Holly’s post. She really summarizes this documentary better than I could, but to recap, Queen of Versailles follows the Siegels, owners of the largest time share company in the world in 2007. Talk about opulent lifestyles, most of us could never dream of having or even knowing about many of the things the Siegels consider normal. Even when timeshares tanked after the financial crash, and they had to stop building their 90,000 square foot mansion, their lifestyle was still better than most people in this country, yet they failed to appreciate any of it. The thing that really stood out to me was how screwed up their kids are going to be. If you want to make sure your kids will be broke, you should do exactly as the Siegels.

Since the Siegels have seven children plus a niece who lives with them, they will be sending eight adults into the world someday who will have no sense or realization about money at all. It’s really sad because at least Mr. and Mrs. Siegel come from modest backgrounds and have that memory. Mr. Siegel obviously had to work for his money. Mrs. Siegle had to look really pretty, but hey, that’s work, right? Anyway, these children are in trouble.

No Sense of Responsibility

The Siegels had about a million pets, all kinds of floofy dogs, peacocks, snakes, and other reptiles. One morning Mrs. Siegel found one of the lizards dead because no one fed or gave it water. When she questioned the kids about it, one said that nobody took her to the pet store to get food, even though lizards usually eat greens. Another kid said, “I didn’t know we had a lizard.” It was dropped in the end, so, oh well, I guess they will just get another one.

Not letting your kids take responsibility now is a great way to ensure that they will always pass the blame and never become responsible adults.

No Idea About Reality

When the Siegels had to sell their private plane, that meant flying commercial. One of the kids asked why there were so many people on the plane. They also were shocked when their rental car didn’t come with a driver.

Seriously, if I had a trillion dollars, I would make sure my kids knew how to function in the real world without waiting for the driver or butler to whisk them away. I can see why someone like Brad Pitt might not want to take his kids grocery shopping, but there were not paparazzi following these people. The importance of life skills cannot be overrated.

At one point, Mrs. Siegel told the kids they might actually have to go to college and get jobs. What was she telling them before? I’m not sure, but I bet it involved lots of pool time and spending Daddy’s money.

I can’t imagine not making my child want to have goals and be a productive person. Even Donald Trump’s kids seem to grasp this concept, so I guess some billionaires do have standards.

Too Much Stuff to Value Anything

The Siegels were building the biggest house in America. Plans included a bowling alley, tennis courts, a roller/ice skating rink, basketball courts, and a whole separate wing for the kids.

As a parent, I sometimes wish I had a whole extra wing for my daughter, but what does giving a kid everything they can imagine really do? It turns off the ability to value anything. Why on earth would you ever try to do anything with your life if you already have everything?

I’m sure that even if this family filed for bankruptcy, they would still be living better than most of us, at least as far as monetary things. I do wonder what would happen to those kids if they truly fell on hard times.

Jim and I have worked hard to show our daughter that things don’t make you happy, and that money doesn’t grow on trees. Although we are nothing like the Siegels, we are fortunate that we can afford things like trips and dance lessons. I don’t ever want her to take opportunities for granted when there are so many people who don’t have enough to eat or proper clothes to wear. If we lost everything and had to sell all of our possessions tomorrow, I like to think we’d still be OK as long as we had our health and ability to use our minds to find a way to improve on our situation.

The Siegel children would probably just sit around and cry about the past and why they don’t get driven around in a stretch limo anymore. Without Daddy’s money, they would likely all end up broke and looking to be someone’s trophy spouse.

Have you seen the Queen of Versailles? If you were a billionaire, would you raise your kids differently?