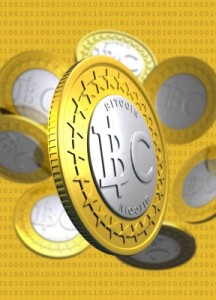 With the addition of new currencies, there are laws behind the scenes that are designed to allow users and companies to operate on a level playing field. Some of these seem irrational, but others are strongly focused on anti-fraud statutes. With the addition of Bitcoin to many merchants’ payment methods, it raises questions as to how the laws apply both to users and to the companies.

Bitcoin is traditionally not seen as a currency by most countries. Why not? It has to do with how the currency acts in a practical sense, how it was created, and what it’s used for. In the case of Bitcoin, it was self-dubbed a currency – not issued by any central banking authority.

This, in and of itself, excludes it from being a legit currency in the eyes of many bankers. It’s also denounced by many governments because they simply cannot effectively control or regulate it. Still other officials reject it because it is not standardised and is too volatile (compared to other currencies) to maintain a stable value necessary for a currency.

However, none of this has stopped users from proclaiming it as a digital currency. In fact, many people use it as though it were a sort of underground alternative form of payment for goods and services. And, the list of online stores accepting it as paying is growing.

And, not all governments shun Bitcoin. The Isle of Man, and Jersey, both want Bitcoin companies to make a home on their respective islands. Rather than regulate them to death, these jurisdictions believe they can offer “smart” regulation and a home for otherwise outcast tech entrepreneurs who want to capitalise on the cryptocurrency.

Finally, there’s a somewhat ambiguous stance being taken by Spain. On the one hand, some officials believe that Bitcoin isn’t, and cannot be considered, a currency and that it only functions as an “exchange medium.” However, a recent ruling now says that Bitcoin is an asset because it can be converted into euros, dollars, and other currencies.

The clarification came when the ruling had to address transactions made between users and gaming companies.

Gambling and The Law

Gambling presents special problems for some companies. Many online gambling sites that offer live casino style games do not recognise other countries’ laws if they are not also domicile there. In other words, if a company doing business in the UK is based in Russia, it may not recognise the laws of the UK.

And, while the government could try to block users from accessing an offending site, it’s not always easy. Users might be blocked from making payment from major payment processors, but they cannot be stopped from using Bitcoin because the transactions are largely anonymous.

The only thing that can be seen in a Bitcoin transaction is the user’s Wallet ID, but nothing can be used to trace a transaction back to a user.

This worries many regulators, who fear the worst – what happens if a criminal uses the system to skirt the law? And, while criminals are professionals at side-stepping the authorities, it’s not as though Bitcoin is, in and of itself, special as far as a tool of crime is concerned.

But, what about companies who won’t, or don’t, respect the laws of a country, yet operate there because they have an Internet presence? Some companies may be HQ’ed on the isle of Jersey, for example, and yet do business in Germany. Should these companies be held to laws of Jersey or of Germany?

Many companies move to the islands in this area because they are protected by the crown but also because there are special laws here that make doing business easier than in other countries. They believe it’s their prerogative to abide only by the laws of the home country – in this case the island.

The Future Of Bitcoin

While some countries would rather see Bitcoin quietly disappear into the night, it doesn’t look as though that will be happening any time soon. In fact, recent changes to the laws on the Isle of Man mean that more companies will probably set up shop here.

The island has very low tax rates, may lure businesses with low or zero corporate tax, and there are no capital gains taxes – a major win for a digital currency that’s often seen as a commodity or asset, at best.

Author Bio: Aimee Jordan has been a keen gamer since 2007. She likes to keep her finger on the pulse of what’s new, like Bitcoin. Look for her illuminating articles on many gaming and technology websites and blogs.