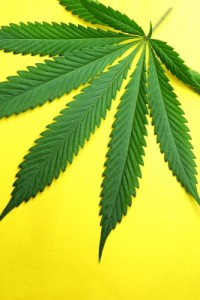 Welcome back loyal Eyes on the Dollar readers. I certainly enjoyed my time off. Now that it’s a new year, gifts have all been given,  the decorations are put away, and I can go buy some weed if I want. As of January 1st, the sale of marijuana for recreational use is legal in Colorado. Even in my younger days, I was never a pot smoker, so I have no intention of stocking up, but if you were in need of some wacky tobacky, how much does legal marijuana cost in Colorado?

Just like with any other consumer product, so far, it seems that the cost of marijuana is following the law of supply vs demand. According to nbcnews.com, the state of Colorado has approved 348 licenses for retail pot sale. However, only about 3 dozen establishments have opened. It seems that the state is more than eager to get the tax dollars from all this legal weed, but local municipalities are not quite as excited. The state license means nothing if the local governments don’t want their downtowns  to become full of herb shops.

As a result, the prices have been fluctuating since opening day. In Denver, top line weed was selling at $70 for an eight of an ounce at one dispensary. Just like at Costco, if you buy in bulk, you can save $$$ with an ounce going for $300-$400. These prices are also pre-tax.  Residents of Colorado are able to buy up to an ounce at a time, while out of staters are limited to a quarter ounce.

How Much Will the Tax Be?

The state hasn’t decided how much the final tax on legal marijuana will be, but 25% seems likely. They don’t want it priced so high that buyers will purchase on the black market, but I’m sure they want to milk as much revenue out of pot sales as possible. The impact of marijuana sales on the state’s piggy bank should start to become apparent in about a month. I also think as more stores open, the price will come down. Currently, people with a medical card can purchase marijuana for about $250 per ounce, so I don’t expect that recreational users will be paying much more than this.

Cost of Weed vs Other Vices

I have no idea how long an ounce of marijuana would last someone. I guess, like with any vice, it depends on how much you use. Whether it’s booze, cigarettes, gambling, overeating, or legal weed, you can certainly spend lots of money to keep up a habit. I imagine it might be sort of a novelty to go out and buy pot without the worry of breaking the law, but I honestly don’t think making it legal will suddenly make people like myself decide to become stoners. Just like my thoughts on other types of habits, if you don’t have the money and are hurting yourself or others with your vice, I think you should stop.

Should Pot Be Legal Everywhere?

For my answer, it really depends on the day of the week you ask me. Sometimes, I feel like having marijuana dispensaries is no different than having liquor stores. People are going to use it anyway, so why not collect revenue to be used for the betterment of the state?

Yes, I think marijuana can be a gateway to harder drug use, but I know tons of people who have smoked pot in the past that never went on to be junkies or burdens to society. I think if you have that type personality and/or trouble in your life, you’d find a way to self destruct, with our without legal weed. I don’t think anyone under 21 should have easy access to marijuana. Will legalization make this harder or easier? I’m not sure. I guess if the price comes down enough to put black market sellers out of business, it might not be a bad thing to have sales regulated.

What I do think we need before opening the flood gates is some sort of easy measurement for what is recreation and what is impaired. Up until January 1st, if you were pulled over and found to be high as a kite, your butt went to jail. Now, who knows? What is the acceptable limit for smoking pot and driving, working, taking care of your kids?  The law states that if you have 5 nanograms of active THC in your blood, you are legally impaired, but how can a cop know that on the side of the road at 2AM? What if you have a drink and a toke? I think we can all agree that pot, like alcohol or any other legal or illegal drug, has the potential to alter our ability to make sound decisions. Where is the line between mellow and dangerous?

Like it or not, I think we will see other states start to legalize marijuana, especially if it proves to be the financial windfall that the folks at the state capital in Denver feel it will be. Marijuana sales are expected to bring in over $65 million in tax dollars this year, a third of which will be used to build new schools. I can see the dedication plaques now, “This school brought to you by the stoners of Colorado.”

Perhaps I’ve found my new side hustle. Come visit me, and I’ll buy an ounce of pot for you out of towners, plus a 10% commission, of course.*

Would you buy marijuana if it were legal in your state? What do you think tax money from pot sales should be used for?

*The law states that I can share my ounce legally with anyone over age 21, but I can’t sell it. Sorry!