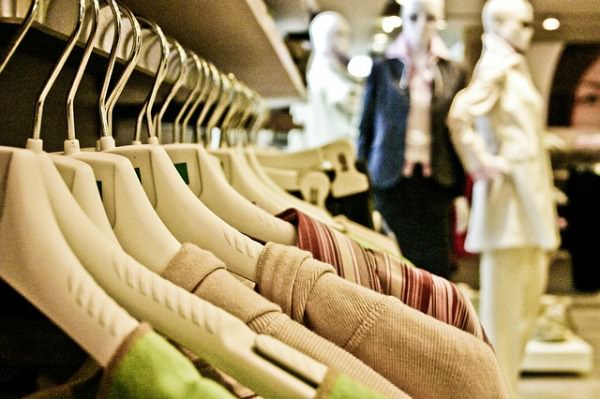 I’ve come to the realization that I have and probably always have had too many clothes. Being gone for almost a month this summer with only one carry on size suitcase showed me that I really don’t need that much. I don’t want to become a minimalist, but I have made an effort to pare down my wardrobe. Sure I didn’t have to bring work clothes or seasonal items on my summer vacation, but the logic applies no matter what type of clothing you need from day to day. Here is how you can look great while shopping less.

Yes, I probably am a fuddy duddy when it comes to the latest styles, but you can still look fashionable without having to buy a new wardrobe every season. Stick to solids that mix and match. That way, you can conceivably wear the same pair of pants twice in one week with a different shirt and no one knows it’s not a different outfit. If you want to stand out, add an accessory instead of a crazy pattern that you’ll be tired of in a few months.

I also try to avoid styles that just don’t have a chance of sticking around. One trend I’ve seen for the past few months are the pants that have tapered ankles with a baggy crotch. Back in the 80’s, we called them MC Hammer pants. I’m not sure what name they go by now, but I am sure they won’t be around for long. Unless you want to save them to wear again in 2045, just buy classic styles and cuts of clothing that won’t go out of fashion.

Wear Clothes More Than Once Before Washing

No, this rule does not apply to people who get filthy or are exposed to contagious pathogens every day, but many of us aren’t out working in the trenches. If you work at a day job, make sure to hang your clothes up as soon as you get home. Sure it’s easier to throw them in the laundry hamper, but honestly, most items can be worn more than once before needing a wash. By not sending them through the spin cycle as often, clothes last longer and don’t fade or pile as fast.

Another tip is to avoid letting nicer clothes spend an entire cycle in the dryer. Let clothes dry long enough to avoid wrinkles, then hang them up.

For a long time, I believed that buying cheaper clothes was the way to go. I still have no problem picking up work out clothes or casual items that are cheap, but for work clothes or outerwear, I’ve come to realize that buying quality saves over the long run. Instead of having to replace items after a few months of wear, nicer clothes may last several years before wearing out which means actually saving money by shopping less.

That doesn’t mean you have to pay full price. When I bought work pants last month, I bought expensive, quality brands, but I waited for a sale and used an extra 25% off coupon. You can also find good used clothes if you’re patient enough. We bought our daughter’s ski clothes for this season at a higher end consignment store after looking for several months. We paid $40 for a really nice, new looking, Columbia ski parka and pants. Since this won’t be worn every day, there is a good chance that I’ll be able to sell the set for about that much when she outgrows it.

How many times have you bought something because it was a great deal only to find that you never wear it because it isn’t the right fit, color, or style that suits you best? I’ve been there. Lime green blouse, I’m talking to you!

Buying sale clothes that fit and are your style is great. Buying clothes just because they are on sale is like throwing money out the window. Ask yourself if you would wear this if price was not an issue. If the answer is no, then leave the bargain bin for someone else.

Care Less About What People Think

I think this is probably the biggest reason people have too many clothes. We all like to look nice and we convince ourselves that we’ll be a better, smarter, more productive version of ourselves with new clothes. I think there is a bit of truth here. The right outfit can certainly add confidence. First impressions are also very important. I’d never go to a job interview wearing faded clothes with holes in them, but odds are, you own enough items of clothing to look put together.

While there are likely some people in your life who will make fun of you for avoiding clothes shopping, those are probably the ones who also love to sit and swap stories about how being broke or in debt is normal. There are tons of people who could care less what you wear as long as it’s clean and decent. Spend time among them, and you’ll be ahead of the game.

Obviously, we all have to shop at one point or another, but there are ways to look great without having to buy new clothes all the time. Shopping less is a proven way to have more money, and I’ve learned that I’d rather keep as much money as possible for things that are more important than a new outfit.

Do you spend too much on clothes? What is your biggest weakness when it comes to shopping?