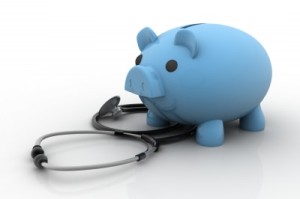 It’s been a little while since we talked about the Affordable Care Act or Obamacare. Love it or hate it, you are supposed to be signed up for some sort of health care coverage by March 31st. Many states have expanded their Medicaid programs so that a larger number of people are eligible. One big issue I have with the whole Healthcare.gov system is that you have to take Medicaid if your income falls into that bracket, even if you don’t want it.  This is a long post, but I have tons to say about this topic, so get a snack or beverage if you need to.

Medicaid is a social program for low income families and individuals who have limited income and resources. It is jointly funded by the state and federal government, but each state has to decided whether or not to participate. Every state has some sort of Medicaid program presently. Medicaid is not like Medicare, which covers senior citizens and is partially funded by your payroll deductions over the years.

In the past, children and pregnant women whose income was below 133% of the poverty limit qualified for Medicaid. Also if you were disabled or had other special circumstances, you could qualify. For everyone else, Medicaid eligibility used to take assets as well as income into account, so it wasn’t possible to qualify for Medicaid if you had a high net worth.

Medicaid For All With Obamacare

Obamacare expanded Medicaid so that anyone whose income meets the 133% of the poverty level qualifies for Medicaid. Not every state has adopted the Medicaid expansion, but many, including my home state of Colorado,  have.  In Medicaid expansion states, you likely qualify if you make $16,104 as a single or $32,913 as a family of 4.

If you are enrolled in Medicaid, your basic medical costs are pretty much zero. There are no premiums. You might have a very small copay for certain services, but it’s usually no more than $5. Medicaid offers prescription drug coverage, but you have to choose from drugs on their approved list. I see no rhyme or reason to their list at least with eye medicines. Some of the more expensive drugs are covered while cheaper ones might not be. Medicaid covers most services for kids, but adults usually do not have coverage for things like routine dental or vision. However if there is something medically wrong, if a patient has chronic conditions, or needs maternity care, it is usually covered by Medicaid.

What Is The Problem With Medicaid?

Free health care sounds great, right? Yes and no. For truly poor or disabled people Medicaid is a life saver. Without Medicaid in the United States, you’d see many individuals going without basic health or pre-natal care only to show up at the emergency room in dire straits, which raises heath care costs for all of us. While even Medicaid covered persons do not always seek timely treatment, you can’t argue that Medicaid allows much greater access to vital health care than if the program didn’t exist.

However, from a provider standpoint, Medicaid reimbursements to doctors and hospitals are generally a very small percentage of normal fees. Yes, normal fees are usually outrageous, but Medicaid payments often do not cover the operating cost of a facility. With eye care, Medicaid pays about $20 for an eye exam that would normally cost $100. If we did Medicaid exams all day, we couldn’t afford to pay staff or keep the electricity running.

Added to that fact is the reality that Medicaid patients are the least reliable of any patient demographic, at least in our office. I’m not sure if this is due to poverty that affects transportation, inability to take off work, not having a working phone to call and cancel in advance, or something else. With my work for the Public Health Service over the years, it also seems that having free access to care lowers the value in a patient’s mind. Regardless, Medicaid patients have more than double the rate of no-show appointment than non-Medicaid patients.

As a result, many providers are declining Medicaid patients altogether or strictly limiting the number of them that can be seen. We limit non-emergency Medicaid to one per day in an unpopular time slot. If we get cancellations, we can take more, but we don’t actively schedule them. That may sound harsh, and I sometimes question it myself, but there is nothing worse for a doctor’s bottom line than having a no-show.

If patients have Medicaid but can’t get an appointment with their doctor, that sends people right back into the emergency room, which kind of defeats the whole purpose.

Why Basing Medicaid Solely on Income Is Wrong

Basing Medicaid eligibility on income alone is not a good idea in my opinion. For one, it encourages people to work less so that they can qualify. I recently talked to a patient who worked at a fast food restaurant. He has been a maintenance person there for years and is pretty talented at fixing mechanical equipment. He actually loves his job and wants to work full time, but he has a few chronic health conditions. He ended up cutting his hours so he could qualify for Medicaid. With his regular salary, he still couldn’t afford normal coverage, even with a subsidy, so he now works less to get Medicaid. I know a mantra of the PF community is to work smarter not harder, but this just seems wrong to me on so many levels.

Medicaid bases your eligibility on mean adjusted gross income alone. If you are really smart with your tax strategy and have no debt and low expenses, you could easily have millions socked away in various accounts, have a fully paid for home, and still structure your income to qualify for Medicaid. I realize Fox News hates Obamacare, but I thought this story was pretty compelling. Basically, a couple who have made a fortune and don’t currently work who  live in a $5 million dollar paid for house have qualified for Medicaid.

On Healthcare.gov, if your adjusted income qualifies for Medicaid, you have to take it. You cannot opt out. I have no problem with the government offering a subsidy to help pay for an insurance policy, but you can’t get one if your income qualifies you for Medicaid. Your option is to take Medicaid or pay full price off the exchange. Unlike ambulance chasers or people who purposely work the system, you literally  have no other option if you want to follow the Obamacare laws and not spend a fortune on private insurance. You can stick it to the government and take their free health care while laughing every month as your net worth grows.

When we do end up with no debt and can live on very low expenses, I’m not so sure I’d take advantage of Medicaid, even if we qualified. I’d have a real problem with the stigma of being on government assistance when I knew I could afford more. Also, being on Medicaid would probably limit my care because of the reasons mentioned above. Hopefully, this loophole in the system will be fixed or at least the option to decline Medicaid will become available.

Would you take Medicaid if you had a high net worth but low MAGI? Do you think there is a stigma attached to people on Medicaid? Is that deserved or not?