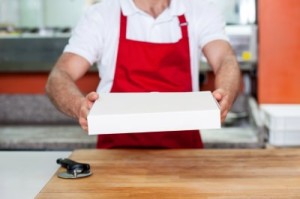 Working for minimum wage is something many Americans have to do to make a living. I don’t think any person over the age of 18 would say that working for peanuts is all they ever hoped and dreamed of, but it’s a reality. Whether a person is stuck in a low wage job because of bad choices or situations beyond their control, I think we can all agree that people who don’t make much money are far more likely to be living paycheck to paycheck without much savings to back them up if things go wrong. Sadly, when things do go wrong, it’s the low wage workers that always seem to get the shaft.

We have one McDonald’s in our small town. Whether you view McDonald’s as good or bad, it’s always busy. I can honestly say there is not one thing on the McDonald’s menu that I enjoy. I’m odd because I didn’t even like McDonald’s as a kid, but our daughter loves chicken nuggets, and we indulge her 3-4 times a year, always having to wait forever at the drive- thru, regardless of what time of day it is.

The  owner of our McDonald’s owns two other franchises in neighboring towns, the closest being about 50 miles away. He recently announced that he was building an entirely new restaurant and razing the old one. Apparently McDonald’s corp requires this every thirty years, but he was bragging about doing it a decade early so that he could have the latest design.

The crappy thing about this, not necessarily for the Big Mac lovers, but for the employees is that the restaurant will close down later this month for approximately 120 days while the new one is being built. The owner said he will reimburse gas for employees to carpool to one of his other McDonald’s to pick up shifts. He also said that everyone’s shifts, including the other two franchises’, will be cut during construction so that everyone could work some hours.

Minimum wage in Colorado is $8 per hour. I imagine most McDonald’s employees don’t make much over that. A recent post at Debt and the Girl even talks about lowering the minimum wage!  Cut their hours and make them drive an hour each way, possibly over snow,  and you can see how that might well affect their bottom lines. I wonder how many minimum wage workers even have a reliable car that is capable of a 100 mile round trip winter commute every day?

Even if you aren’t working at the downed Mickey D’s,  your hours are getting cut to accommodate all the misplaced employees. Workers wouldn’t even be eligible for unemployment because the owner is still essentially providing a job. The only winner I see in this scenario is the owner, who probably gets some sort of bonus for building a new modern place, and the Whopper that will surely see an increase in customers due to the loss of Big Mac for 4 months.

I guess you could garner unemployment if arson destroys your place of work, but unemployment is only about 50% of your wages, and at minimum wage, that pretty meek. Family Dollar has shown no indication of rebuilding, and it’s been a few months. Maybe they have to wait for the trial, but regardless, the employees certainly got the shaft.

How Do Low Wage Earners Stop Getting the Shaft?

The answer is simple, but complex to achieve. People need to make better choices so they don’t have to take jobs for minimum wage. I do understand that there might be some appeal, like benefits or free day care, that might make a minimum wage job appealing in some situations. If you have a spouse who is the main wage earner of if you need a second job to earn more income, minimum wage might be OK. However, if being a fry cook at McDonald’s is your only gig, how did you end up there?

This might fly in the face of our personal freedoms, but we need to make sure kids are graduating from high school. Although recent high school graduation rates are the highest in three decades, according to the US Department of Education, at around 78%, that is still 2 out of every 10 kids who will likely go on to earn minimum wage at best. Here are some more troubling statistics from Brian at Luke 1428. This is just unacceptable.

We also need to do more to make sure people aren’t having children they can’t support. You don’t need to be rich to have a child, but if your sole means of income is from government assistance programs because your minimum wage job does not pay your expenses, you really need to consider this before you get pregnant.

The old system of education does not work for so many kids. We need to start from elementary school teaching kids ways to avoid poverty. Maybe if they had some idea how much it costs to raise a child or come up with enough money to live on, they  just might think twice before making choices that set them up for failure. It should be a parent’s job to teach this, but that isn’t happening, so someone has to pick up the slack. At least, I think they system should require attendance. Parents should be fined if their kids are not in school without a valid reason. If they don’t have money to pay, then cut their benefits. For some, the threat of losing money or subsidies might the the only thing that works, sad but true.

I don’t blame the McDonald’s franchise owners or Family Dollar corporate. They obviously want to earn money like everyone else, but you can bet they are not suffering from either of the recent events in our town. I do feel sorry for the employees who are getting the shaft. I can only hope misfortune might change someone’s mind and inspire them to find ways to get out of the minimum wage grind.

I’d love to hear an opinion from someone making minimum wage. Have you ever lost a job for a crazy reason like arson? Why do so many people continue to apply for minimum wage jobs, know they are first in line to get the shaft?