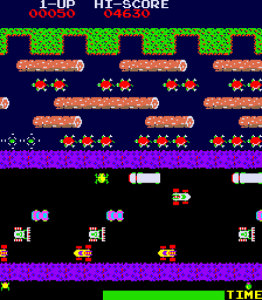 This month I am happy to be co-hosting a giveaway for a Canon Rebel T4i DSLR digital camera. I used to have an old school Canon Rebel before digital cameras. It took excellent pictures and was incredibly easy to use, so some lucky winner is going to get a sweet prize. With this camera you’ll capture some great memories. While I don’t actually have a picture of it, my earliest money memory happened when I was about 7 or 8 years old. It taught me about the value of earning money.

When I was a kid, my sister and I certainly had everything we needed, but money was a little tight. In the early 80’s, my Dad left the ranks of being an employee to open up his own building supply store. While it eventually did really well and sold for a nice profit, we didn’t have tons of money to spare in the early days.

My Mom and Dad still always managed to make Christmas and birthdays big deals, and Santa brought an Atari one Christmas. I believe it came with a couple of games, and we got Pac-Man, which was all the rage. However, as most kids do, we got bored with those games and wanted more. I especially had my eye set on Frogger. Just thinking about the sound of the little frog when he jumps across the road and gets flattened brings back some great memories.

At the time, Frogger cost somewhere around $30, a fortune and probably as much as we spent on groceries per week. My Mom flat out said no, probably thinking what ungrateful little creatures we were. I’ve thought that same thing about my daughter when she keeps wanting more. Mom did say that I could buy it if I saved up enough money. How the heck was I supposed to earn money? Not sure, but I was going to give it my best shot.

My neighbor (who was on a quest for GI Joes) and I sold lemonade several times (of course Mom bought the supplies!). I “worked” for my Grandma doing odd chores, usually shelling peas, breaking beans, or other garden related jobs. I saved any money that came in for my birthday or other holidays. It took about 6 months, but I did finally did raise the $30 for Frogger.  I got to take my sweaty wad of fives, singles, and change to buy that video game. I remember the clerk had to count it two or three times to make sure I had enough. I held up the line, but could have cared less.

Frogger was always my favorite video game. Maybe it was because of the awesomeness of getting frogs across the road, but I really believe it’s because I worked to hard to buy it on my own. If only, I’d put that $30 into Coca Cola or GE, but I digress. That was my first money memory, and I am thankful that my Mom taught me the value of a dollar.