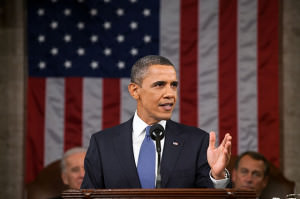 I’d be lying if I said I actually watched or paid much attention to the State of the Union address last week. However, one point of President Obama’s speech did spark some interest as I was looking at the highlights online. The President is putting a new retirement savings plan into place called myRA. It is supposed to be a take on I-R-A and is pronounced with three syllables, my-R-A, although I can see it being called Myra, like the name. I’m not sure which clever political mind came up with that title, but anyway, is myRA a good plan for retirement?

Well, just like most government policies, it depends. You can get a good breakdown of the preliminary rules of myRA from CNN Money, but here are the highlights.

-Available for employees making less than $191,000 whose employers agree to participate and offer direct payroll deposit.

-Works like a Roth IRA, where contributions are not pre-tax or tax deductible, however, withdrawals of contributions and interest are tax free after age 59.5.

-There are no fees.

-Money is invested in government backed bonds similar to the Thrift Savings Plan G fund. Principal is guaranteed, meaning you might not earn much interest, but you can’t lose the contributions you put in.

-You can start with as little as $25, and make contributions as low as $5.

-You can only invest $15,000 during a time period of up to 30 years. After that, the account must be rolled into a regular Roth IRA.

Alright, lets remove all the personal financial geeks who already contribute to a 401k or similar and know how to set up a Roth IRA on their own. They already appreciate the beauty of compound interest, aren’t afraid of stock market fluctuations, and have a solid idea about how they plan to fund retirement. myRA is probably not for you.

Let’s look at the person who works part time at a grocery store or for Jim Bob’s Auto repair who has no opportunity to participate in  a company retirement plan. We’ll look at those people who would rather have their grandma give them an enema than study the stock market or types of IRA’s. Also, take into account young people who saw their parents wipe out during the great recession. Maybe they are scared to death of the stock market. These are not people who don’t want to plan for retirement. They just don’t know how, and rather than take a chance of doing something wrong, they do nothing, thinking that next year will be the year for starting a retirement account. These are the people that myRA is perfect for.

No you won’t retire well on $15,000. Anyone has to agree, though, that being able to save that amount of money is empowering and is likely to cause that person to want to continue saving, even if it means dipping a toe into private sector retirement accounts. The myRA isn’t going to make anyone rich in interest either, but it’s much better than letting money sit in a savings account or not saving at all.

The myRA is also a much better alternative than letting your buddy who sells insurance talk you into a whole life policy or getting taken by a shyster financial planner who wants to bulk you up in front load mutual funds.

One problem I do see is that about 27% of employers still don’t provide direct payroll deposit. I can also see some who do choosing not to participate in this plan just because they hate Obama or the government in general. Obamacare has been so well received, I’m sure employers can’t wait for more government sponsored programs.  If it’s complicated to use or requires purchasing software, that will also kick many small companies out of the loop. Right now, there doesn’t seem to be a self employed option either, although I bet if you set up direct deposit, you can participate. Although, if you are ambitious enough to do that, you might as well set up a solo 401k or SEP IRA instead.

I have to admit, since making some big financial changes in my life over the past few years, I have become a bit of a financial snob and want to get in people’s faces and yell at them to start planning for life and retirement (well maybe not right up their faces, but still.)  I think people need to be way above average with financial planning, but if I can get down off my high horse and realize that some people need to start by taking itty bitty baby steps in starting to save for retirement, I can see the beauty of myRA. I just hope that people can look around the fact that this is a government idea and ignore all the right and left shenanigans to see that this might be a great way to start if you fit the right profile.

What are your thoughts on myRA? Does the fact that Obama came up with it cause you to like or dislike it more?