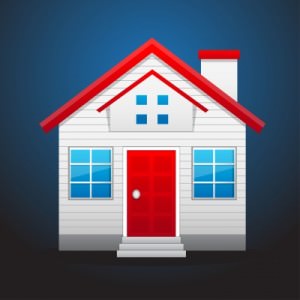 If you’ve been following this blog for a while, you’ll remember that Jim and I became investor partners in a house flip way back in April 2012. When flipping a house, a main point is to get repairs and renovations done quickly to minimize carrying costs. Originally, we planned on a six month turn around, but you know what they say about the best laid plans , especially if you have to rely on partners to make things happen. Somehow in early November of 2013, we still found ourselves part owners of this property with so much potential, yet there it sat, unfinished and empty, while time continued to move forward and other opportunities passed us by. Yesterday, we put an end to our career as house flippers, even though it meant not making any money.

Out of the House Flipping Game by 2014

We have so much going on in our lives right now with purchasing a commercial building, selling my practice, and trying to build our real estate holdings for early retirement. We were more than over the delays and excuses that seemed to keep coming with the flip. No work had been done on the house since the end of September, despite our earlier ultimatum. We were very serious about wanting to be done with this deal by the end of the year. We  produced what I though were three very fair choices for our partners.

We also told them that if they didn’t agree to one of these solutions, we would have to bring in attorneys to dissolve the partnership.

Not surprisingly, they chose option 3. It makes sense. Most of the  money needed to finish this house is for appliances and counter tops. All other materials are purchased and ready to be installed. They get a great house for just over $91K. If they ever do get it ready for sale, it will easily go for $150K, possibly $180K.

What’s In It For Us?

We really get nothing out of the deal except our lives back. The stress of dealing with partners who didn’t do anything and seeing our empty house every day was a killer. Technically we got back the money that we put into this project, but we’ve earned nothing on that money for the past 20 months. We wouldn’t have taken out a HELOC to invest in the stock market, but we certainly could have purchased another rental property. We will also owe a little in taxes from the sale, but we got quite a bit of money in tax deductions last year, so it’s a wash.

I still have no idea what happened to our partners. I’ve racked my brain to try and see a reason why they couldn’t seem to finish the job. In the end, I guess it really doesn’t matter. I will be watching, though, and if suddenly the house is done and up for sale in a few weeks, I’ll know they were stalling to get to this outcome.

In the end, our real estate egos are a little bruised. Our heads aren’t held quite so high, but we live to fight another day, armed with the experience of this house flipping mess to guide future decisions. I already have my eye on a couple of properties, so we’ll see what 2014 holds.

Have you ever been in a partnership that went south? Were we right to sell out for no profit?