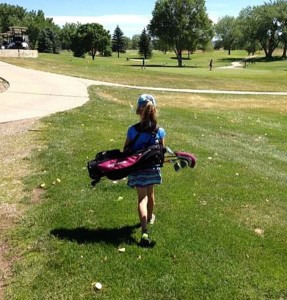 I have a wonderful 7 year old daughter. Since she is an only child, so we get one shot at parenting. We are fortunate that we have a good income and no consumer debt. That allows us to give her many advantages that people working paycheck to paycheck might not be able to do. That being said, there are about 4 million and one activities available for 7 year olds these days. How do I know which ones are worthwhile or how much is too much? I don’t want to over schedule my child.

When I was a kid, I think we could start softball and basketball in 4th grade. I grew up in a very rural town, so there was no private dance school or Mandarin Chinese lessons for 3 year olds. I don’t know any kids who ever did more than one thing at a time. Mainly, because there wasnt’ that much to do.

Fast forward to today. We still live in a rural area, but starting at age 3, kids can do gymnastics, dance, soccer, wresting, and swim lessons. By kindergarten, you can also add skiing, karate, piano, violin, t-ball, football, and probably lots more I don’t even know about. As the kid grows, so does the list of offerings. I know families with young kids who are out until after 7PM every week night plus at least one weekend day for organized activities.

How Much Do Kid Activities Cost?

I think it depends on where you live, and we are probably in a cheaper area. Still, it is expensive. To do dance for the season from September to May, it’s $40 per month plus the cost of shoes, leotards, tights, and recital costumes. You can buy the shoes and other things used, but the costumes run around $120. Swim team is $160 per session, which lasts about 4 months. Ski lessons were $180 per six weekly sessions, plus cost of renting or buying equipment. You also have to count the gas to get to and from everything. So for this past year, we spent about $1000 plus gas costs for kid activities. If we’d bought everything new and eaten out a few times a week because we didn’t prepare, it could have been double that.

Should All Kids Participate in Extracurricular Activities?

Jim and I decided that we would try as many things as we could from an early age to see if anything “stuck.” Since we do have an only child, we also wanted her to see what it’s like to be part of a team and not always be the top banana. On the other hand, we didn’t want to over schedule.

One issue is that some activitites, like dance, run almost year long while others, like ski lessons, are only a few weeks. At some times this year, we only had one night a week where we had to be somewhere, but there were times when we had dance one night, then swimming two nights, and skiing on Friday evenings. That’s four days a week with a scheduled after school activity! Then you have to include school performances and open houses. It was too much for all of us. Maybe our philosophy needs to change.

For the month of June, Jim and I both had to work. My schedule is crazy right now because I am doing fill in work for docs on vacation. Summer is generally the busiest time for optometry anyway. We either had to put the daughter in day care or sign her up for camps. So far, she’s done a week of golf camp and a week of art camp. We also took advantage of all the free or low cost activities we could like the library, play dates,  and the pool. I was the slacker parent in doing my part because I’ve been working so much. July should be much easier as Jim is off for the entire month.

Is It Worth It?

I think the jury is still out on that one. We love to ski, and I think lessons were a good idea. I have no grace or coordination, so I’m hoping dance might show that to my daughter. I don’t think we got much out of swim team except the strong suspicion that our kid is not a competitive swimmer. We also learned to plan our meals really well because I was determined that we would  not be that family who ate fast food because we were too busy to cook. I also know there are families who go into debt or put off saving to afford kid activities. I know it’s hard to say no, but I would not do either of those things if I had to choose.

I think we were too overscheduled for parts of the year. I’m sure as she gets older, we could be out every night if there is something that does stick. For first grade, it was a bit much. I’m going to try and limit it to one thing next year, but we’ll see. How on earth do people do this with more than one child?

Am I creating a monster to have a 7 year old out four nights a week? Am I creating one if I don’t have lots of activities scheduled? Parents of older kids, please chime in!

Table of Contents
Too Many Activities
How Much Do Kid Activities Cost?
Should All Kids Participate in Extracurricular Activities?
What About Summer?
Is It Worth It?