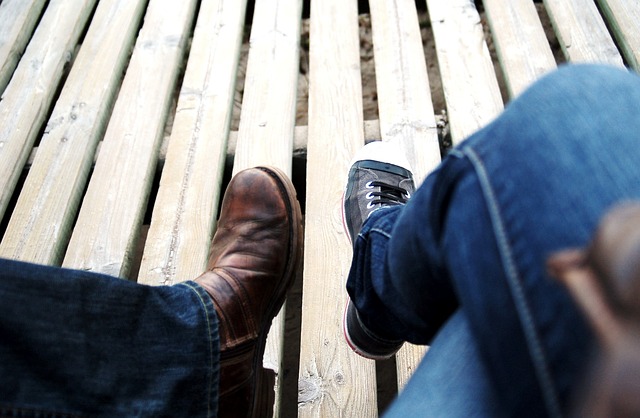 It’s been said that money is the root of all evil.

I don’t know if that’s true or not, but it does seem to cause a lot of tension between partners in a relationship.

In fact, money has stayed at the top of the list as one of the things couples fight over most.

Sometimes arguments arise over a lack of money. Other times it is due to one person’s mishandling of money.

But, what can you do if your partner is financially irresponsible?

Something that should be discussed early on in any couple’s relationship is how they each value and handle money. Conversations about money may not be romantic, but they can save a lot of grief later and possibly even divorce.

Each person in the relationship should openly talk about their financial goals as well as how they have handled money in the past. Does either partner have debt hanging over their head? If so, is it a large amount that could be paid off before making the relationship permanent?

But what if your relationship is already permanent before the money talk? If that is the case, each of you still needs to confess any mishandling of money so it can be addressed.

While it’s not easy to fess up and say you spent money irresponsibly it is important to talk about why spending got out of control in the first place. Once you know why it happened the behavior can be addressed and corrected to prevent it from being repeated. Hopefully these tough discussions won’t break the relationship, but money issues must be brought out into the open and sooner is always better than later.

Now that you know what the problems are you can take action. Run a credit report to see how badly your credit score has been affected. Gather bills and see just how much debt you have as a couple. Give control of the finances to the person in the relationship who is more fiscally responsible.

Remember not to scold each other as you attempt to repair and correct the mistakes of the past. What happened can’t be undone and you can only move forward and correct the problem.

If you’re not legally bound, it may be time to call it quits if your partner isn’t on board with correcting their finances. But, try to work it out first if possible.

Sometimes it helps to get the opinion and help of someone outside the relationship. It could be a friend or relative you trust who won’t have a loose tongue about your money concerns and problems. Or, you could hire a financial planner or therapist.

Having the help of someone outside the relationship can help to take the emotions out of the situation so you can address the problems without blame and arguments.

4. Plan for the Future

After you have brought any money problems out in to the open and started working toward correcting them it’s time to talk about and plan for the future.

What short and long terms goals do you and your partner have? What should you do if a financial emergency occurs? Create a budget together and set up a system to keep your records in order. Pay off debt and open an investment account. Work together and compromise by utilizing the strengths you each have in the relationship and with money matters.

It is possible to overcome money problems even when one partner has been financially irresponsible. However, both partners have to work together to overcome them so you can move forward toward a better future together.

What other things could be done when one partner in a relationship is financially irresponsible?