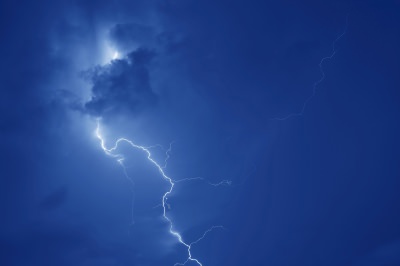 It certainly feels like the economy is looking up for many Americans. While there are still workers in certain industries that struggle to find good paying jobs, investments are up, self employment opportunities are plentiful, and the world looks a bit rosier than it did a few years ago.

At least that’s what I thought until I saw this study from the federal reserve showing that half of Americans would struggle if faced with a $400 emergency expense! If you fall into this category, it’s important to figure out how to pay for emergencies without going into debt.

So Many People Can’t Afford Emergencies

I’m certainly not one to throw stones. Back in the day, we whipped out a credit card for most expenses, emergency or not, expecting that we’d make our payment at the end of the month just like everyone else. I had hoped that  the recession taught most of us that jobs can disappear at any time and an emergency fund can be the difference between inconvenience and financial ruin, but I think maybe I was wrong.

While this survey did have some positives, with the majority of respondents saying they are doing OK or better than they were last year, there were some eye opening points as well.

I’ll make a very educated guess and say that people who don’t have enough money, especially those making six figures, are either carrying too much debt or spending too much on non-necessities.

For a very short while during the worst of the economic downturn, it seemed people were starting to get the point about saving for a rainy day. With Americans now spending more money eating out than on groceries, new car sales at record highs, and retirement age increasing, it looks like we’ve already forgotten how quickly situations can change.

How To Prepare For Financial Emergencies

Thinking you won’t get hit with an emergency expense is foolish. Two weeks ago, we were dinged with an $800 car repair. A trip to the emergency room will cost over a grand. Even if a tree falls on your fully insured house, you’ll still probably have to come up with at least $500 for the deductible.

Accept that emergencies will happen and start planning. Most experts recommend having three to six months of expenses saved up in case you lose a job, but that can be overwhelming for people who have never saved. Start by saving $500 and work upward from there.

Living paycheck to paycheck often makes even $500 seem out of reach, but it’s probably not as hard as you think. Start tracking all money coming in and going out. The best way is to sign up for a website like Personal Capital or Mint because those won’t lie. Doing it by hand only works if you’re honest and actually save receipts and study all credit card bills.  I used to think we only spent $300 a month on groceries, but I was shocked to find it was often over $600! Once you have a handle on where your income is going, it’s easy to find ways to stop the leaks.

There are lots of ways to shave $$$ off your monthly expenses without causing shock and awe including:

Pay Off and Avoid Consumer Debt

For those carrying credit card debt who can’t afford a $400 expense, it’s a vicious cycle. When emergencies arise, there is no option but to keep charging. For many, it’s not unusual to find credit card payments totaling more than housing or food costs combined.

Now that you’ve found that emergency $500, sock it away and continue to save until you feel confident the amount could cover common emergencies. Next, start to put that money toward debt repayment and make a point not to buy things you don’t have cash on hand to cover. You’ll never be free while credit cards control your salary.

You can save up an emergency fund by cutting back, but it goes many times faster when you also add extra income. I’ve been doing that for years through taking more days at work when offered and with online pursuits. It gets addictive to have bonus money, and it’s especially nice when you get to the point where your side income could cover a mortgage payment or buy groceries if necessary.

The amount of ways to earn extra income is limitless. With a functioning brain and the willingness to sacrifice a bit of free time, I guarantee there is something you can do to make more money. It might not be glamorous or long term, but that’s OK. If your answer to the question about paying for a $400 emergency expense with cash on hand was no, then you need to get your head out of the sand before a real emergency strikes.

Could you pay for a $400 emergency expense with money on hand? What is your best tip for building an emergency fund?

Table of Contents
So Many People Can’t Afford Emergencies
People Are Still Not Saving Enough Money!
How To Prepare For Financial Emergencies
How Can I Find $500?
Pay Off and Avoid Consumer Debt
Make More Money