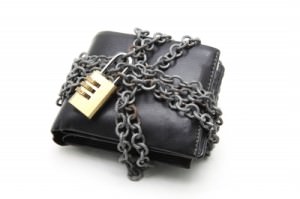 The following is a guest post from MMD at IRAvs401kCentral.com. IRA vs 401k Central is a website that looks at leveraging the benefits of your investment options so that you can get the most out of your retirement savings and build the biggest nest egg possible!

The other day I was visiting a customer off site when we got into a discussion about retirement pensions and investments. He was walking with me to the front entrance and was just trying to make small talk. He asked if my work provided a good 401k plan, and I let him know that they do. He then mentioned that his company (one of the large automakers) was trying to push people into 401k plans.

Being from the older generation (this man was older than my father), he felt that it was wrong for his company to do that and voiced his disapproval. Clearly he was far more comfortable with the notion of receiving the set payment for life that a pension would bring. His reasons:

1. The pension is guaranteed for life
2. You don’t know what is going to happen in the stock market. He cited the Great Depression of 2008 as being a big example of how we could all suddenly find ourselves with half the money we saved.

This gentleman’s opinion came as no surprise to me. There are still thousands of people both old and young that think that a pension is better than a 401k plan.

Perhaps if things were the way they were 50 years ago, I might agree. Not too long ago, globalization was at a minimum, and America was the dominant leader in almost all industries. Competition was low, buying was high, and the fat cats just got fatter. Companies could operate at business models where they paid their employees handsomely both during and after employment.

Those were the times. But all things change. Better or worse, they change.

And once they do, it’s how you adapt that determines how well you’ll survive.

Pensions and Investments – Why There’s Nothing to Fear:

If for years you told me that I was going to be taken care of financially, and then suddenly I was on my own left to decide how to manage my money, I’d have some reservations too. But I think if people were given all the facts and truly shown the differences between a pension vs 401k, they would find that it may not be as raw a deal as they think.

First of all, a pension is not necessarily guaranteed for life. Although the terms may read that way when it is initially set up, there are plenty of examples of workers who invested 30 to 40 years of their lives into a pension based system only to find that at the end of the road it wasn’t there. The money had been mismanaged, dried up, held up in court, or the company had went bankrupt.

For the ones that do end up receiving one, there is also then the danger that they only receive a percentage of what they were originally promised. Again there have been dozens of stories where municipalities or companies only paid people half of what they were promised.

I don’t know about you, but I’d rather control my own density than let someone else tell me the bad news after it’s all too late.

It’s true that with a 401k plan there can be a lot of challenges initially:

However, despite all that, there are some things that can make it more appealing.

You don’t have to be a financial genius. Just invest in a mixture of low cost index funds that appeal to stocks, bonds, international funds, and other assets like real estate, metals, etc. With a 401k I get the power to invest my money the way I want to – safe or risky.

You control what you invest in. There’s no reason you have to lose half your money in a stock market crash. If you’re afraid of this, just invest in safer assets like bonds or cash. Diversity can do a lot to minimize your risk.

You’re employer helps. Just because you don’t get a pension doesn’t mean your work can’t help you out. Lots of jobs offer a 401k employer match as an incentive for you to participate. You should never give up free money when someone is offering!

You control how much. Gone are the days of working a minimum of 30 years to retire. With a 401k you can invest as much as the IRS allows and plan your way to an early retirement if you wish.

Create Your Own Pension:

Suppose you absolutely wanted to get guaranteed income for life. No sweat. You always have the option of taking your 401k money and putting it towards an annuity with a solid company. Even though annuities pose their own set of issues, they will provide for a steady stream of income. Annuities are as old of a financial product as money itself, and they will continue to be for a very long time.

Readers – How do you feel about the change in trend between pensions and 401k plans?I

Kim’s Comments: Never having had a pension eligible job, I don’t really know anything other than planning for myself. My husband works for the school system, so he should get a small pension if the state doesn’t decide to cancel that at some point. I would be pretty worried if that were our only retirement planning. I’d say take it if you can get it, but don’t let that be your only plan, and don’t be afraid of choosing investments in a 401k because it’s new and might seem difficult. If you do, you could be passing up that free money MMD mentioned, and I know no one wants to do that!