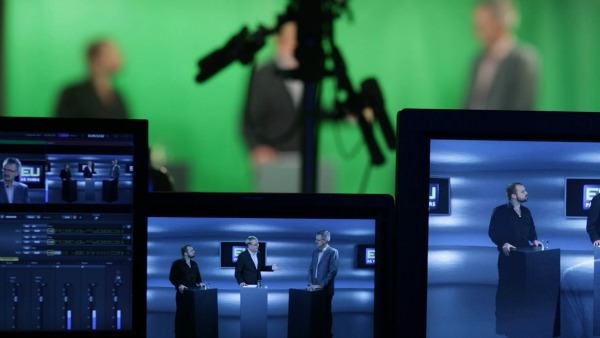 Increasing product or service awareness is at the forefront of every company’s marketing campaign. However, with the sheer amount of competing ads out there, a company needs to do something “different” in order to standout. While there are numerous methods of doing this, such as traditional print ads or modern viral marketing campaigns, some companies opt to take the route of utilizing corporate funded sponsorship as a method of advertising their particular brand or product. Americanmovieco.com states that this often takes the form of having some popular actor, actress or athlete showcase either their support for the product or their use of it in order to entice people to buy the product themselves. The logic behind this particular method of advertising stems from the fact that people are more likely to purchase a product or utilize a particular service if they see someone else happily using it, studies even show that the likelihood of product patronage goes up astronomically if it is seen that a pop culture icon is utilizing a particular type of product. One way in which a company can make a celebrity endorsement unique is if they utilize webcasting solutions through providers like Blue Jeans in order to live-stream a celebrity using a product.

Why Would This Work?

Various forms of consumable media in the form of print ads, billboards, commercials, online marketing campaigns and a plethora of other types of advertising initiatives are rife with the images of various popular individuals showing just how prevalent product endorsements are in the advertising campaigns of numerous companies. Through the dynamics of public interest in pop culture, people become increasingly fascinated with various pop stars to such an extent that they attempt to emulate them in every way possible. This is why using a live-stream of a celebrity using a particular product or service would help to increase brand visibility since it could potentially result in a fan wanting to emulate that celebrity. Examples of this can be seen through celebrities like Stephen Colbert, Jimmy Fallon and other TV show hosts who have showcased themselves using a product via a live-stream on their show. A similar concept can be adopted wherein a company could live-stream a celebrity driving a car, playing a game, etc. and make the stream into an event worth seeing.

The effectiveness of live-streaming a celebrity using a product or service is based on the earlier assertion regarding emulation and fans. Dmnews.com explained that fans like emulating their celebrity idols and companies exploit this in the form of endorsement deals by having certain athletes/celebrities always and only use their particular brand. Notable examples of this can be seen through athletes such as Michael Jordan and his endorsement deal with Nike, which led up to the creation of the Air Jordan sneaker brand. There’s also Manny Pacquiao and his varied endorsement deals with Nike, EverLast and Gillette, and of course Tiger Woods and his association with nearly hundreds of brands. The result of these endorsements has been to bring the branding and knowledge of the product beyond what can be seen in advertisements. Similarly, Marieclaire.co.uk showcased that a live-stream of a celebrity using a product or service goes beyond normal advertising and creates an “unscripted” event that people will most likely want to view.

Companies want consumers to buy their products and, as such, rely on a certain degree of “continued prolonged effect” of an endorsement deal in order to encourage product patronage and buying behavior. The purpose of all company sponsored endorsement deals after all is to make athletes/celebrities into walking advertising billboards by connecting that athlete to the image of the brand. In order to pull off a similar concept utilizing live-streaming, it is recommended that companies save a video of the event and upload it to YouTube. This ensures that people that were not able to see the event are able to see a video of it thereby increasing the amount of brand awareness that is developed.

Do note though that this method does have some limitations when it comes to the continued impact of brand awareness among consumers. Companies assume that so long as a celebrity/athlete is connected to the brand, that this in turn is sufficient in order to entice consumers to purchase a particular product based on what they saw the celebrity/athlete using or wearing. While it is true that there will be an increased level of brand awareness after the live-stream, it is unlikely that it will be the same in the long term. People tend to forget and that is why it is recommended that a company continue to bring in new celebrities and live-stream their new reactions to the product or service they are offering.

Overall, using live-streaming does have considerable potential in increasing the level of brand awareness that a company generates for itself.