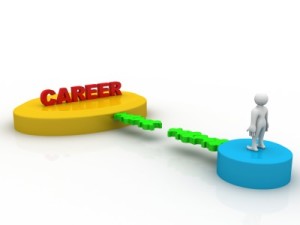 Losing a job has to be one of the most emotionally and financially difficult challenges someone can experience. I wish no one ever had to have such an upheaval, but no job is ever 100% safe. Technically, any one of us could lose a job. However, there are things you can do to prepare and make life easier if you find yourself on the other side of a pink slip.

Long time readers might remember that Jim got a big promotion at the beginning of this school year. After completing a master’s degree in administration, he got a job implementing a new state law regarding teacher evaluations. The state decided that every teacher had to have a formal review to keep schools moving forward, however they gave few instructions on how to determine what constituted a good report. Jim’s position was created to figure it out and start the evaluations next year. Well, we found out this week that the state has decided to scrap most of the bill because it seems too hard and districts aren’t ready.

So, what this means is that most of what Jim has been doing since August is now moot. It may or may not be relevant at some point or the state may change it altogether. When his job contract ends in June, it’s pretty doubtful that his position will still exist.

Now, he has made some amazing connections during this past year. I believe most of the higher ups in the district and state that he has been working with really like him and think he has done a great job. It’s very possible that his experience could translate into another administrative job.

Worst cast scenario would be that he goes back into the classroom. He was pretty much guaranteed a teaching slot if this position was eliminated.  It’s sad to say that’s the worst possible outcome because he does enjoy teaching, but financially, that would be a huge cut in salary from what he is making now.

Are We Losing Sleep?

Jim and I are both disappointed that he might lose his job, but it’s more from the point of view that his career path might have to take a detour. Mentally, to go backwards on the pay and responsibility scale is tough. However, from a financial standpoint, we aren’t worried at all. If you work in a position that could be eliminated, there are several things you need to do to make sure you won’t lose sleep if the job disappears.

What To Do When Preparing For a Job Loss

-Keep An Emergency Fund. Make sure you have enough money in the bank so you won’t have to go into debt if you lose your job. I don’t have a magic number, but if you track your expenses and have a potential bare bones budget, you should know how much it would take to cover a month of expenses. Save up enough month’s worth to let you sleep at night.

-ALWAYS Spend Less Than You Earn. The only way to build up an emergency fund is to spend less than you earn. If cutting expenses doesn’t get you there, then you need to find a way to earn more money. When you get a raise, don’t up your lifestyle. It’s OK to buy organic instead of eating ramen, but don’t go crazy. Want to know how much of Jim’s raise we’ve spent this year? Zip, zero, none.

What we have done is increased our emergency fund, invested in 401k’s, HSA’s, IRA’s and ETF’s, and kept finding ways to save money. That’s why I’m not concerned if we have to take a pay cut or even pay loss for a while. I’d hate to have to slow down our current investment goals, but I know we don’t need Jim’s salary to eat or keep the house warm.

In fact, we barely spend any of his salary at all. I remember seeing a talk show a few years ago that suggested trying to live off one income to see what a job loss would be like. At the time, I though it was impossible because we had tons of debt and weren’t living within our means. Now, here we are, spending way less, saving way more, and being much happier. If we can do it, anyone can.

-Make Connections and Earn a Good Reputation. Jim has met a ton of people during the past few months. One of the things he also does is peer coaching where he helps new or struggling teachers. Many of the strugglers (surprise, surprise) have a terrible attitude. What would your impression be if you met someone for the first time and their first words are, “It f*%king sucks that I have to teach all day in this craphole classroom with no windows.”  Would you ever hire or recommend that person if you ended up in a position to do so?

You never know who might be listening. When Jim has been asked to help districts he isn’t assigned to or go to a late meeting, he has done it with smiles. Instead of complaining in public about the state’s recent 180, he has been telling people that this year was a good experience to see what would need to be done in the future. If he went around being sarcastic and doing the woe is me bit, I don’t think that would help his chances at all.

-Look At The Positives. While stressful, losing a job can be a good time to evaluate your goals and see if you are on the right path. If you practice all the above steps, you should be in a position to think about where you want to go with your career, and you have choices. Mom and Dad Money had a great post about that recently. When you live paycheck to paycheck, choices go down away and you have to take the first opportunity that comes along, even if it might be a job that makes you get out of bed dreading the day.

I’m not sure what the future will bring. We probably won’t know anything concrete for a few months. Uncertainty is never fun, but I feel like we are in a better position that we’ve ever been, and I am extremely thankful this didn’t happen a few years ago when we were in terrible financial shape. As it stands, I’d say we’re pretty lucky this time!

Are you prepared for a job loss? Do you spend or save raises?