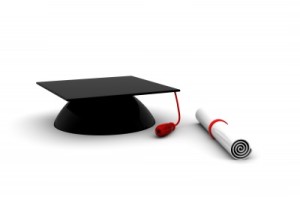 If you have children or plan on having children, one of you biggest concerns should be making sure they receive a quality education.  While we  never really considered school districts before we built our house, we later realized that the elementary school our daughter is supposed to attend is not ideal. Luckily, we have been able to enroll her in an out of district public school. We have been pretty happy with the school this far, but what if there were a better one? There is a new charter school opening next fall and I’m always curious about private schools. We don’t really have other school options unless we move, but I’m curious if private school is better than public school?

Next fall, some very determined parents have gotten a charter approved and received grant funding for a Montessori K-8 charter school. I’ve never been a huge fan of Montessori, but to be fair, we’ve never been in a program. I always wondered how the concept applies to the real world. You can’t exactly decide to do your job at your own pace and work more on the things you feel most comfortable with, but maybe they teach you how to adapt?

Anyway, we did not enter the lottery for the new school, so obviously will not be attending next year. Now I find out that many of the higher performing students or those with involved parents at my daughter’s school will be leaving for the Montessori program. Did we miss the boat or are these parents just jumping on the bandwagon?

There is no extra cost to attend the charter school, but they do place emphasis on community projects and distance learning, so I can’t imagine there won’t be more fees, at least indirectly. I also wonder what happens if  current grants don’t get renewed. I also have no idea if student achievement will be higher or if this charter will end up as a dumping ground for all the kids whose parents have a revolving door relation ship with many area schools, blaming everyone instead of themselves for a child’s lack of progress. It could also end up being the best school in Colorado where all the students get scholarships to Yale. It’s so easy to second guess parenting choices.

Unless we did boarding school, we don’t have a private school option without moving. I know many parents who have moved for better schools, either into a better district or where there were private choices. We have some teacher friends who took jobs  in South Korea at a $30,000 per year elite school so their kids could attend for free.

While it’s very exciting to think about my kid attending a top notch school, I’m not sure it would be worth uprooting or paying out the wazoo. Jim changed schools a couple of times in elementary and then after his sophomore year of high school. All the moves were traumatic, and he thinks that’s one reason he didn’t like school or try very hard when he was younger. His high school in suburban Denver was so big that no one really missed him when he skipped out most days.

I grew up in rural Kentucky and attended a small public school. My parents really pushed me to do well academically, and I did. However, our school was not really know as an academic powerhouse. Yale was not knocking on my door, but I did get a full ride to a state school and had no problem getting into optometry school, which has provided a great career.

Does an Elite School Matter?

I really believe it doesn’t matter where you go to school as long as your parents are involved and have standards. You can succeed or fail in the most expensive high ranking school or the worst public school. What I like about our daughter’s current school is that it’s really small. I believe each graduating class has about 50 kids. They graduate 90% as opposed to 60% of our home district, and there is lots of parental involvement. I wish the rural attitudes about culture and education were a bit more positive, but all in all, I think we can show her that ourselves if she doesn’t get it from school.

I also think a state university is just fine, so if we don’t make Ivy league, that’s not something I’ll lose sleep over. I believe in high standards, but I’m not sure it’s great to push little kids all the time. Our friends in Korea say that the kids are so focused on academics and the correct extracurriculars that they have to actually make them play a game or watch TV. That’s not really something I want to strive for.

What Should Parents Do?

As parents or potential parents, I’d certainly consider the school district when deciding on a forever home. While it’s possible to succeed anywhere, if the school is more focused on discipline or keeping accreditation, that takes lots of effort that could be put into greater student achievement.

If you decide on private school or a charter school, be able to explain why. Because it’s what the Joneses are doing is not a good reason. Going into serious debt to fund private school when public school might work just fine is not a good example to set for children at all. However, if you value a private school education and can afford it, I think that might be a great choice. If you are going to move, I’d do it as early as possible.

For now, we aren’t going to make any changes. If our school loses some students, that just means even smaller class sizes. There probably isn’t a perfect school, but I think we’re in pretty good shape for now, and I don’t think a charter or private school would be worth it.

Did you or your kids attend private school? Was it worth it? Any thoughts on Montessori?