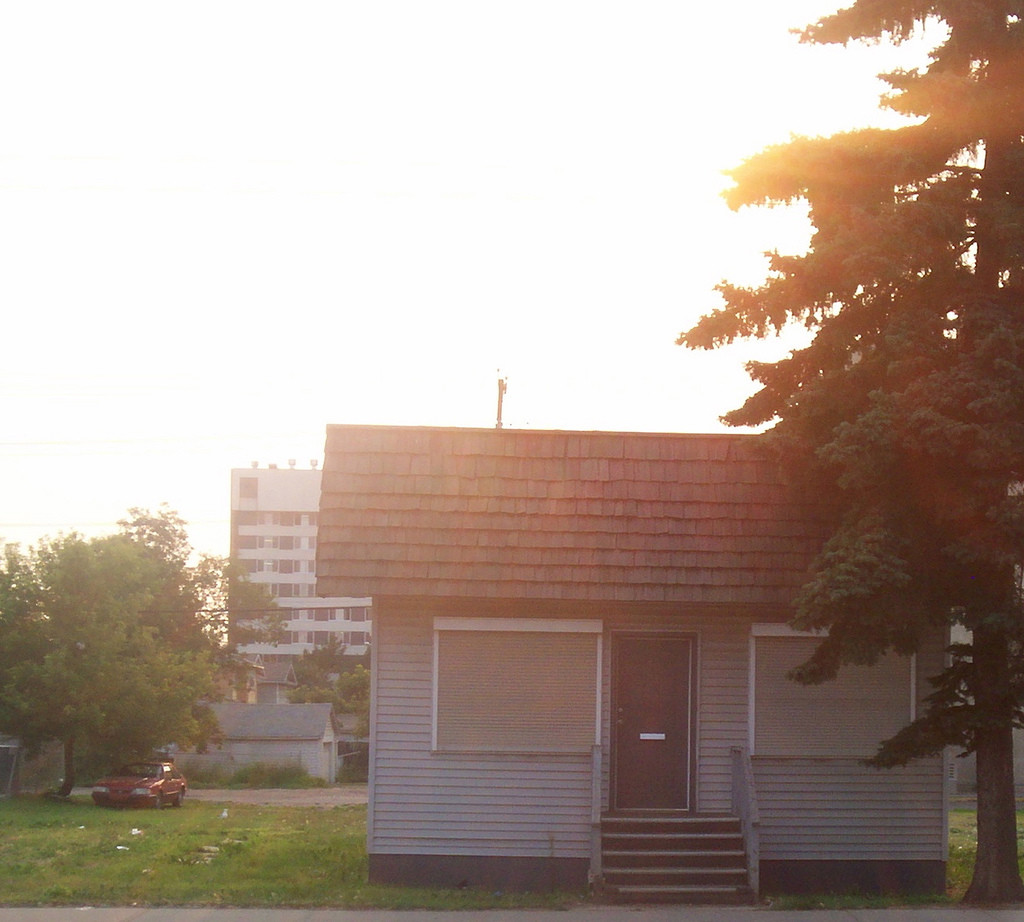 A few months ago, Kim told you about how she finally came to the realization that she’s always had too many clothes.

Like her, I have been realizing more and more lately that not only do I have too many clothes, I just have way too much “stuff” in general.

“Stuff” has always been a bit of struggle for me and honestly, I think it’s a struggle for most Americans, even if they don’t always realize it.

Last night I was looking for something to watch on Netflix while I ate my supper and relaxed before bed. I’m kind of a closet reality TV junkie, especially when it comes to shows from HGTV. I don’t really like the trashy stuff like “Keeping up with the Kardashians” but now that my secret’s out, I’ll admit that if I have the time (which is rare these days thanks to self-employment) I can sit down and watch an entire season of “Love it or List it” or some other HGTV “reality” show.

Of course I know that most of these shows aren’t really 100% reality. I’m not crazy after all. 🙂 But I still enjoy them.

I thought I’d exhausted the entire list of home shows on Netflix but then I ran across “Small Space, Big Style”, which I’d never heard of before. The show focuses on stylish houses, apartments, and condos that are 1,000 square feet or less. Although the show is mainly about how these homes are furnished for functionality, to save space, and be attractive, there are often some underlying messages from the homeowners about why they decided to start living in a smaller home.

For example, many of the homeowners talk about how they’ve decided to live with less because they enjoy the simplicity of living with less. But that’s not the only reason why many people are now considering minimalism.

Although I’ll never a be a true minimalist, I love “stuff” way too much for that, I definitely want to be more of a minimalist for these 3 reasons.

Cleaning is something that I’ve chosen to outsource, partly because I hate doing it so much and partly because I living a 4 bedroom, 3 bathroom house of just over 2,000 square feet total on 2 separate floors. It’s a lot to take care of. Not only is there the house to clean and care for, but there’s also all the stuff in the house too, not to mention the stuff in the two car garage.

By becoming more of a minimalist and getting rid of clutter I could cut down the amount of time I have to spend cleaning and caring for my home and belongings. Even though I hire a cleaning lady to come to my home every two weeks, I still have to spend time picking up, tidying up, and touching up some of the cleaning in between her visits.

Once you get used to living with less stuff and in a smaller space, you might find that you also start to live a more minimalist lifestyle in other areas. For example, you may find yourself drawn to cutting out activities and even people that you no longer wish to make time for in your life. This may sound harsh, but once you cut out the things you don’t care about, you’ll have more time to devote to the things (and people) you do care about.

You may not realize it, but the more stuff you own the more decisions you have to make every day. For instance, when you own 40 shirts you have to decide from all 40 of them which one you want to wear that day, but when you only have 10 shirts the amount of brain power needed to make that decision is less. This is just one of the daily decisions we face where minimalism could save brain power. With this logic, you can see how sometimes having more choices is actually restricting instead of freeing.

Once you get rid of things you don’t need or love, you’ll be able to enjoy a much simpler daily routine with far less choices and brain power needed. For example, now that I work from home I know I’m going to wear black yoga pants. Then I only have to decide what shirt to pair with them for the day. It’s much simpler to get dressed now that I don’t have to match up an outfit with shoes, jewelry, a purse, etc. I used to spend quite a bit of time and brain power picking out and trying on outfits before leaving for work in the mornings.

Once you’ve adopted minimalism by pairing down what you own and where you live, you’ll save money by thinking long and hard about things before you purchase them. Living in a smaller space means you have to limit what you bring into it, which will save you from making impulse purchases that you will likely end up getting rid of later anyway.

Speaking of pairing down, once you let go of stuff you don’t need or want you’ll be able to live in a smaller space, saving you money on storage costs.

I once read a blog post about how to evaluate the cost of your home. I can’t remember who wrote it so I can give them credit, but one idea was to look at the cost per room.

For instance, if you pay $1,000/month in rent or for your mortgage and you live in a home with 5 total rooms – a kitchen, a living room, a bathroom, and two bedrooms, you are paying approximately $200/month for each room. If the only purpose of the second bedroom is for storage, you are paying $200/month to keep “stuff” in there that you likely don’t use that often anyway. Is this cost worth it? By getting rid of things you don’t need, you may be able to live in a smaller space and save that $200/month instead.

Being a minimalist isn’t for everyone and practicing minimalism doesn’t have to mean the same thing for everyone. I know I’m never going to be a minimalist with only 1 plate, 1 fork, 1 knife, and 1 spoon that I have to wash after every meal. But that doesn’t mean I can practice some of the good qualities of minimalism and living with less anyway.

Are you pursuing minimalism? What does being a minimalist mean to you? Can you think of any other benefits of minimalism?