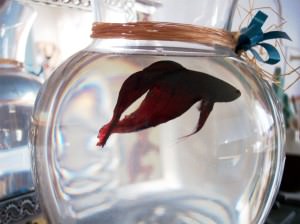 I feel like summer is flying by, even though it isn’t officially here yet. We are in a terrible drought, and there are already several fires burning in Colorado. My heart goes out to those who have lost homes and lives. Some people refused to evacuate and paid the ultimate price. If someone tells me a fire is coming, and I need to get out, you won’t have to tell me twice.  I have a post coming up about how we are trying to conserve water, and it makes me wonder why there has to be a drought before we put our saving measures in place?

The big news of the week is that our six year old has learned to ride her bike without training wheels! That might not seem like such a big deal, but we’ve been waiting years to get to mountain bike as a family, and while we have a bit to go, it’s falling into place. I realized she lacked the motivation to do it on her own, so I had to throw in a bribe. I know she wants a cat more than anything in the world, but I’m not in the market for one of those, so I offered a fish if she could master the bike. I guess we’re fish shopping soon. Are there coupons for that?

Well since Google is killing it’s reader very soon, I guess it’s time to do something else. I’ve signed up  Bloglovin, although I haven’t transferred the blogs that I follow yet. How has everyone’s experience been with it so far? If you do get Eyes on the Dollar in a reader, you can now…

If you haven’t checked out Average Joe’s new site, you really should. He did a great post this week with tons of savings tips from other bloggers, including yours truly, called How to Become a Great Saver ( It’s Not as Hard as You think)

Budgeting in the Fun Stuff, Fix Em Up Rent Em Out, Monster Piggy Bank,and Life and My Finances

Edward Antrobus gas station. Why on earth did that land here? If Edward has a gas station, I know nothing about it.

emergency room cost one dollar per minute-More like every second!

how much does family emergency room trip cost– I hope that’s not your vacation idea.

how to live part time– What are you going to do with the rest of the time?

princess lea hypnotized- I hope she didn’t do anything stupid!

How to Talk to Your Kids About Family Debt at The Heavy Purse. Hopefully, the family that talks about debt, gets out of debt and stays there.

He Said She Said: On Superstores at Planting Our Pennies. I do get a bit nervous in really big megastores. Maybe I had a bad experience with the free sample lady as a child?

Xanatos Gambit! at Krantcents. Have you heard of it before? My first thought was a foreign saying you’d use after someone sneezes, but I was wrong.

My Dad Died Happy at Budgeting in the Fun Stuff. Another reason to love reward points!