Unless we are fortunate enough to be independently wealthy, most of us go into our first real jobs with the hopes of increased income. What I have to wonder is why do many of us also feel we have to increase our lifestyles? 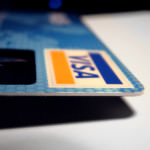 With regret and relief, I’ll share the story of two supposedly smart people who got caught up the trap of consumerism.

When I met my husband, I was an optometry resident making around $22,000 per year.  He was a non-traditional college student, having gone back to school after working in a number of jobs over the years before finally realizing that he wanted to be a teacher.  He worked part time as a ski instructor in the winters and as landscaper in the summers and made much less than my $22K. Did we feel poor? Wow, no. We love the outdoors, and spent most of our free time mountain biking or hiking. We traveled to different ski areas in the winter. He usually knew someone who could get us cheap lift tickets, and we’d sleep in the floor at a friend of a friend’s house.  If I wanted something I didn’t have money for, I worked a Saturday at the local Walmart Vision Center. I hated the job, but it paid well, and it paid for my first decent  mountain bike. I’m not sure why we were so anxious to get real jobs.

Fast forward to a few years later. We were married and living in a very modest home we bought cheap and remodeled (who knew we were so handy?) We had quite a bit of savings, and decided to build our dream house while the prices were low. This was right before real estate went crazy in the early 2000’s. We sold the house, used our savings, and built our dream house. That in itself was actually very affordable, it was all the other things that we felt  had to be upgraded that got us into trouble.

Up until that point, we only had a mortgage, student loans, and my business loan, which I feel were all good investments. The new house took a huge hit on our savings, but instead of  concentrating on replenishing the bank account, we got a Home Depot card, a Sears card, and multiple other credit cards. They wouldn’t send me the pre-approval offer if I wasn’t a good credit worthy person right? We traded our cars every three or four years. We just bought more and more stuff. We went on trips that were put on credit cards.  I am ashamed to say that I don’t even really know what we bought with all that credit. We thought we were in good shape because we were making above the minimum payments, and we had good credit scores. Every time we applied for anything, we were approved.  I am a doctor, aren’t I entitled to all the banal, materalistic goods that every high wage earner deserves?
It was summer of 2010 when we finally came to our senses. Basically, I got really tired of working all the time and having no money left over at the end of the month. I guess I am a bit of an oxymoron. I have always put money into my IRA and savings. We have never been without some sort of basic emergency fund. There just wasn’t much left after necessities, savings, and all the credit card bills. If we had some sort of major emergency or had  become disabled, the house of cards would have all fallen apart.  When we finally sat down with the numbers, we found out that we owed just over $30,000 in credit card debt. Talk about feeling stuck!
I started reading everything I could find to get out of debt, Dave Ramsay, David Bach, Suze Ormann, sell your soul to the devil, you name it. I don’t know if there was one philosophy that we followed, but this was our plan.

Cut Out All Non-Essential Spending

We cancelled the landline, renegotiated the internet, got a better cell plan, got better insurance rates, got a better deal on our satellite bill (yes we probably should have cancelled this, but you need some sort of entertainment and my husband cannot live without Sports Center). We basically quit buying clothes unless it was for our daughter. We just quit buying stuff. While we have not been perfect and still slip up, we have gotten used to not spending. Why we didn’t do this year earlier is beyond me.

Sold Everything That Wasn’t Nailed Down

Well, that’s not quite true, but we have gone through our house numerous times and have made several thousand dollars from the stuff that we just couldn’t live without previously. You’d be surprised how much you can get for used cameras, sunglasses, sports gear,  name brand clothing, and old ophthalmic equipment (not that most people would have that lying around, but I did).

My husband joined every committee he could that paid a stipend. He always agreed to a student teacher, which pays around $1000 per year. I took a contract job that took an extra day out of my week, but brought in good money. We took everything that wasn’t going into retirement or savings and put it toward the debt.
I’m happy (sad) to say that, as of today, our credit card debt is just below $10, 000.  We have paid off over $20,000 in just over two years. It is thrilling, but also maddening to see what we could have had over the years if we had just concentrated on improving our lives with investments and savings instead of buying stuff. We actually have enough in savings to pay the balance off, but it is currently  on a 0% balance transfer. It only required a 1% fee. We are making monthly payments and have untill August 2013 to pay it off.  I think it will happen at the end of the year, just to clear the mental blockage of having that debt. I also get panicked if we go below what I consider is an appropriate emergency fund, so we’ll see which neurosis wins out. Please, if you are just starting out, when you feel like you need stuff, look at how much it really costs , in interest, mental anguish, and all the time wasted if you put it on a credit card you can’t pay at the end of the month.
Have you had a secret debt? How did you make changes?