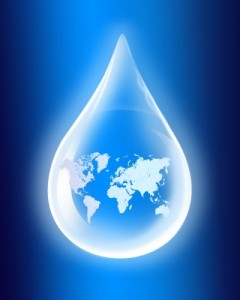 We get it, you’ve had a long day and all you want to do is wind down in a bath, throw your favorite album on and bliss out for an hour. Then again, you might not be so relaxed if you took a moment to look at the statistics attached to baths and water consumption, as gathered in a recent survey by Online Pump Supplies.

The usage and costs of a daily bath currently stand as follows:

As opposed to a shower, which looks like this:

So, if you were to convert your daily bath to a shower, you would stand to save:

Aside from saving yourself a tidy sum, the real savings are the long-term savings in terms of basic recourse consumption. MIT News recently posted a summary of findings from a research project into water usage and availability projections for 2050, stating that:

“The researchers expect 5 billion (52 percent) of the world’s projected 9.7 billion people to live in water-stressed areas by 2050. They also expect about 1 billion more people to be living in areas where water demand exceeds surface-water supply. A large portion of these regions already face water stress — most notably India, Northern Africa and the Middle East.”

More alarmingly, the UK government recently released their Future Water strategy, which stated that low rainfall combined with population-related demand have led to “the classification of all south-eastern areas as seriously water stressed”. Indicating that water stress isn’t just a problem for future generations but is an immediate threat we can observe happening today – take California’s current drought situation, which will soon to be covered by a Vice News documentary.

Evidently one solution is finding ways to limit our water consumption, which we can immediately implement during our daily lives in practical ways. We’ve therefore gone ahead and put together a list of money and resource saving tips for you to try out.

Turn The Tap Off When Brushing Your Teeth

The average person in the UK is taking a 9 minute shower and it’s been found that if we stop using our showers as a time for intense self-reflection and out of key singing, then we can save ourselves considerable amounts. If we were to cut our showers down from 9 to 3 minutes then we would stand to save 17,520 liters of water a year each and a whopping £169.94.

Ever woke up in the night to the sound of a tap dripping away somewhere in your house and telling yourself that you’ll fix it tomorrow? We all have. As it turns out, that one dripping tap is using 1,095 litres of water per year and is costing you £10.62 a year too – you can multiply those numbers by the amount of taps you have too.

Use a Jug For Cold Water In The Fridge

Whether you notice it or not, every time you go to fill a glass of water, you run the tap for an average of 6 seconds to let the water run cold. This can be resolved by keeping a jug of filled water in your fridge, which can save up to 2,920 litres of water per year and put £28.32 into your pocket.

Ever Tried Harvesting The Rain?

There are various ways that your can harvest rainwater and each one has can save you varying amounts of water and consequently money. As you’d imagine, there’s some obvious variables like how much rainfall you get but in general there is a potential here to save a total of 24,000 litres of water per year, which could equate to £232.80.

Table of Contents
Turn The Tap Off When Brushing Your Teeth
Try Taking a 3-Minute Shower
The Dreaded Dripping Tap
Use a Jug For Cold Water In The Fridge
Ever Tried Harvesting The Rain?