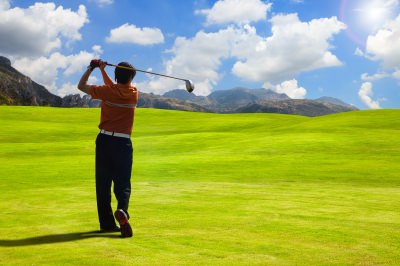 For employees, there is nothing more nerve racking than being called into the boss’s office. Could it be that you’re about to get congratulated on a job well done or chewed out because your performance isn’t what was expected? What about when the boss throws a total curve ball and asks if you’d like to join him or her in a round of golf? Here’s why you should always say yes to playing golf with the boss.

Golf Might Actually be a Way to Observe Your Attitude

For anyone who has ever played golf, you know it can be extremely frustrating. On some holes, it seems you can do no wrong while the very next one might be a disaster, (kind of like bowling a strike followed by a gutter ball for all the non-golfers out there).

Golfers behave in many different ways. Some get flustered, swear, throw clubs, and basically let a poor round of golf ruin their day. After a few bad shots, they can’t get the wheels turning again all is lost. Others stay calm, laugh off  shanked or hooked shots, and are able to start over on the next hole like nothing ever happened.

How players react to a round of golf really says quite a bit about their character. Is this a person who will fly off the handle under adversity and cut corners to save face, or is this a calm, rational person who can overcome their mistakes and shortcomings while searching for ways to improve performance?

An 18 hole round of golf takes several hours, but very little of that time is actually hitting the ball. The majority of the game is spent walking or riding to and from your ball or waiting to take a shot. This is an excellent opportunity for conversation.

You probably should not bring up business with your boss unless prompted, but even if the talk is about current events, family, goals, even golf courses in general, it’s a good way for the boss to see how you present yourself. Will you come across as a person who talks just to hear himself speak or someone who has the ability to listen and contribute to the conversation when you have something of value to add.

Golf is an expensive hobby. Not only can green fees be very expensive, but you also need clubs, shoes, and some courses have strict dress codes. People who golf regularly can spend hundreds or even thousands of dollars a year. When the boss invites you to play, it doesn’t mean she’s covering the expenses either.

I guess whether you choose to participate or not depends on the situation. I can’t advocate spending tons of money to play golf if you’re struggling with debt or living paycheck to paycheck. There are a few ways to make it less expensive. You can borrow clubs or buy a discount pass if it looks like you might become a regular. Ultimately, playing golf is going to cost money. If you view it as an unnecessary expense, then don’t do it. If you view it as potential career advancement, then you can’t turn it down.

How Golf Helped Us Get Ahead

Personally, I’ve never been asked to golf or had a superior who did play, but Jim got his foot in the door to administration partly through golf.

When he was teaching 5th grade, his principal asked him to fill in at the golf course. I’m not sure if they had him in mind or if they just needed to make a foursome, regardless he jumped at the chance. He likes golf anyway and had clubs so it wasn’t a stretch.

It turns out that one of the other golfers was the superintendent of the district. Every teacher knows who the superintendent is, but there are dozens who never have a one on one conversation, let alone the chance to spend four plus hours with him.

I won’t say that playing golf with the boss is why Jim got hired as a principal a couple of years later. That superintendent was replaced by another (who is also a big golfer), but it let Jim get his foot in the door to the admin club, and all the qualities that make him good at  his job were obviously apparent.

It Never Hurts to Say Yes

Jim is actually playing golf right now as I write this, with the superintendent and another big wig in education. I was a little put out because he just got back from a business trip to turn around and head out for the golf course, but then I have to remember that it’s not all about the game.

A round of golf certainly does not guarantee any sort of career advancement. Neither does a dinner party, playing on the company bowling team, or going out for drinks with people from upper management. However, if your application is one of many and the person who is hiring has some personal knowledge to put with a resume, I think it never hurts. That’s why you should always say yes to playing golf with the boss.

Have you ever been invited to play golf with your boss? Is it worthwhile to spend money on social activities for the networking experience?